This entry isn't designed to poke fun at anyone. It is a simple reflection on something that has happened to me recently.

A couple of days ago, I happened to stay up late at night, and when I had nothing to do, I went online and signed into chat. Then, I saw one of my former classmates back in undergrad, who happened to be online at that time.

She then commented by asking me whether the university here doesn't need an extra linguist, basically asking whether there is potential of me being hired by my own graduating institution. I then told her that no, that is not plausible, because that would mean that the department would be saturated by specialists in what I do, given the fact that this is a strong department for what I am interested in, and if they hire me, that would be just duplicating the forte of the department already. The ideal department would be someone who lacks what I am good at.

Of course I explained that to her. I am assuming that she asked me that due to the fact that the Philippine model, where I graduated in undergrad, was that good students usually end up teaching in the same institution. In fact, when I graduated from undergrad, I actually applied for a teaching job in the same department, while earning my master's degree. And if I wasn't accepted here in Buffalo, I would probably be teaching there right now.

Anyway, so she asked which departments would be interested in the things that I am interested in. I told her that I don't have an idea right now, since I am not yet in the market. I told her that University of Toronto was looking for a semanticist back in 2006, and also last year, University of California at Santa Cruz (or Santa Barbara? I can't recall) was looking for an experimental linguist.

She then told me that Canada's economy is booming, and perhaps U of Toronto is still looking for the same position. I told her that it would be extremely unlikely, since that was 2 years ago, and I am familiar with the process of job searches (in fact, my department right now is conducting one at the present moment). By now, it would have been filled.

Now the naïve thing was that she told me to try it still, they may still be looking for one.

Anyway, I let it pass, and the conversation turned to something else. I told her that I ideally would prefer living in Europe, and working in a research institution there or a university. I told her that sometimes I feel that the United States is a bit too paranoid when it comes to non-citizens.

It then started here, she saying that yes, racism is an issue. I then told her that no, it is not racism, instead, it was xenophobia.

She disagreed, saying no, it is racism. She said that Americans treat others differently. I on the other hand said that no, what matters is what passport you are holding. If you carry a US passport, whatever race you have, you're fine. If not, even if you're white, Caucasian, European, whatever, you will be subject to strict scrutiny.

She then said that no, whether it is white or black, all Americans belonging to the American race discriminate against non-Americans. I then responded by saying that there is no such thing as an American race. The United States is a multi-racial country.

Anyway, I was in no mood to continue the argument, and since it was past midnight, I bid goodbye while she was even typing a response.

Now what appalled me was that I felt like I was arguing in a logical manner, and yet, still, she didn't agree with me. I told her that she had a wrong definition of race, and yet I felt like she was being so dogmatic. 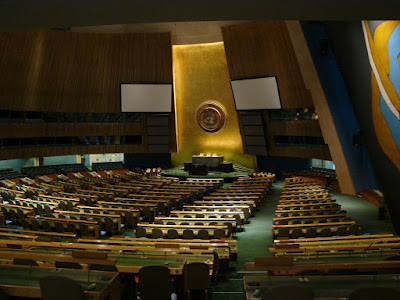