So, there is this black car that is parked right on my driveway, but the weird thing about it is that is does not belong to any of the people living in my apartment.

I first saw it last Friday night. When I came back from downtown late at night, I saw it there, sitting on my driveway. I thought it belonged to one of the people living downstairs, so I didn't bother. The only thing annoying about it was that it was parked really far back, so I had a hard time scooting over to pass it because I had to do so in order to enter the building.

Then, Saturday morning, I saw my roommate. He also remarked about that car, and told me that he had a chat with some of the people downstairs, and it turned out that it wasn't theirs either. So I went down and knocked at their door. And yes, I myself had the confirmation that it wasn't theirs.

But, I went out to do my errands and so I didn't think of that until when I came back.

During the night, I called my landlord, telling him about that problem. I asked him whether he was the one who parked the car, because who knows, he might have used our driveway for parking, but we didn't just know. And returned my message saying that he didn't park the car, and in fact, he has seen that car there for at least four days now, more than what I had. So I told him that I was calling the police the morning after, since it was already late and it wasn't an emergency.

So, this morning, I called the police. I reported them what is sitting in driveway, but I waited, and they weren't coming yet. An hour passed, and so I called them again. But they still didn't come. In the meantime, my landlord called me asking about updates about the situation, and I told him that no one was coming yet. But I had to leave, since I had some appointments for the day. So, I'll see later when I get back, if it is still there, I will call the police again and ask it to be towed from my driveway. 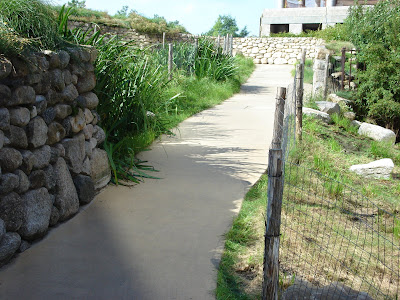