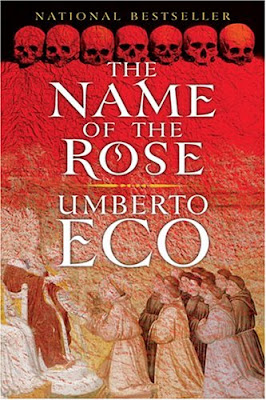 I finished reading my previous novel, The Sleep-Over Artist. I liked that novel, but with one caveat.

The author did a great job of making the life of one guy exciting, from the time that he was 10 years old, and experimenting with falling water, up to the time when he was dating several girls, one at a time. However, I did not like the ending in the sense that it just closed, abruptly. There was no climax.

I guess that due to the fact that every chapter was exciting, there was no more possibility of making it more exciting for a climax. Which was good, but when you end the book, it seemed like you shut turned the lights off.

Anyway, I finished that, and moved on to the next. I actually bought this book six months ago in a bookstore. The Name of the Rose will be my second Eco book. The first one I read was three years ago, when I read Foucault's Pendulum. I actually blogged about it here.

So anyway, the only thing I know about this book is that it was made a movie some years ago, with Sean Connery as Brother William. It is a detective story, set in the Middle Ages, when apparently, seven monks die in an abbey.

Anyway, there goes my leisure reading.

Today, I was discussing the complex case systems of Uralic languages. I was drawing a picture of a house, and arrows around it, to illustrate the difference between allative, ablative, adessive, inessive, and all those other case systems that are present in Hungarian and Finnish but not in English. And sometimes, I blurt out these random weird sentences, that apparently are funny. I drew a small house to illustrate Hungarian, and when I illustrated Finnish, I drew another one, but bigger. I then blurted that I am drawing a bigger house, because they build bigger houses in Finland than in Hungary. People laughed. But the real purpose of the enlargement was because I had additional stuff that I wrote there.

Anyway, it keeps my classroom environment lively. Things like that, as well as writing a randomizing Perl program, that spews out a random list of names of my students, which I use whenever nobody is willing to volunteer an answer. And they know that too, because my classroom is a technology room, and therefore there is a PC in the room, with the screen on the board.

So there, I am having fun with this class. Too bad I am not teaching it this summer, but someone else. I actually passed on my materials to her already.

Anyway, the conclusion of the matter is, Week 5 is over. This means that the semester is one-third finished. 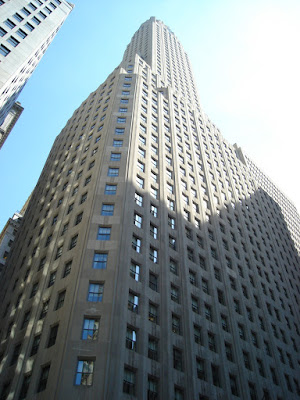 (Some more tall buildings, from my Wall Street Series)