It is still cold today. I guess this week is the coldest week of the winter. The temperature has been hovering around the same area for the past three days, and it will be the same for a couple of days more.

Well, I guess due to the temperature, I sometimes got distracted and go surf the Internet for fun stuff. Well, here is what I found in YouTube.

First, look at Madonna's video for her song Frozen.

Now, the funny thing is, the title of the song is Frozen, yet nothing is frozen in the video. Not a single image of ice! Of course, the song is metaphorical, but still, it is quite surprising. Looking at the scenery, it seems that it is more hot than cold, the ground being parched and all.

Now, see this parody of the video, by some comedian.

I have nothing else to say about this video. Just watch it, it is so hilarious.

Finally, speaking of things frozen, people can freeze too. And apparently, a crowd of about 200 people froze on cue, at the same time, in New York City's Grand Central Station, and here is a video of it.

Apparently, the group is called ImprovEverywhere, where they do pranks around New York City. Try visiting their website and see what things they have done.

So there you go, my attempt in making frozen fun. By the way, the previous sentence is ambiguous. The word frozen can be an object of the verb make, or it can be adjective describing the noun fun. Take it any way you like. But I'll stop here, or else I'll be taking the fun out of it. 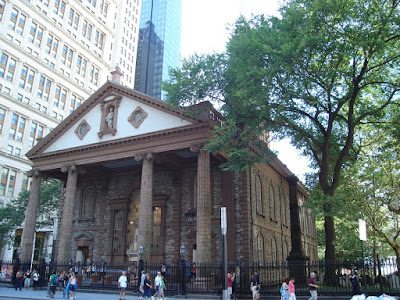