...and sewed myself shut.

That line from a Papa Roach song just cannot escape my head.

In a way, I agree to that mandate. Sometimes, it can be easier to live heartless, by deliberately relieving oneself of the ability to feel. In this way, the emotional baggage that comes with being human is reduced, and things go forward.

I am not giving up my humanness. But the thing is, sometimes, things can go more efficient if people decide to be less human, in a strange way. I know that I am contradicting myself here, by stating that. Personally, I like the Old World way of life, such as the one I experienced while visiting Vienna. People are forced to interact more with people, while here in the New World, everything is automated, from your bank, to your groceries. You can virtually go one day without talking to someone else.

Take planning a party for example. Say you're planning the seating arrangement. You need to know that Bob won't appreciate being put in the same table as Jack, because they are seeing the same chick. You also want to not sit Jane next to Paula, or else the fact that Jane is having an affair with Paula's husband might be revealed.

In occasions like these, sometimes it would be easier if the entities involved were just androids, and therefore, these emotional baggage would be avoided.

I came here to study and earn a degree. I didn't come here just to socialize. For a number of times in the past, I have used that maxim to guide me. It's not that something has happened again recently, no, but still, this thought has been prominent in my head recently I decided to blog about it.

I am an INTJ. I want reason. I know what I know, and I know what I don't know. I acknowledge that this can be a weakness sometimes, and if there were a switch that can turn it on and off if I want to, I'd love to see it.

I remember rationalizing in the past, that I would rather not invest in opening my self to others, if I knew that I would leave them for an indefinite time after a few years. Being a child of a diplomat can be rewarding, but it also has its disadvantages. If I know that I will only stay at a certain place for 6 years, then why should I take the effort to make friends when I know that after 6 years, I have to say goodbye? Why should I plant my roots deep, if I have to uproot them later on?

In that way, I avoid facing the sad ritual of saying goodbye, if I decide to not be close with the folks in the first place. Practical, but nevertheless, not a perfect solution.

Is it my aversion to pain, which drives me to think like this? In the past, someone close to me has told me that I fear failure, I fear being hurt, I fear pain. So, before I find myself in that sticky situation, I remove my capacity of feeling pain. Tearing my heart open, and sewing myself shut, in a way.

But come to think of it, feeling pain is a part of being human. 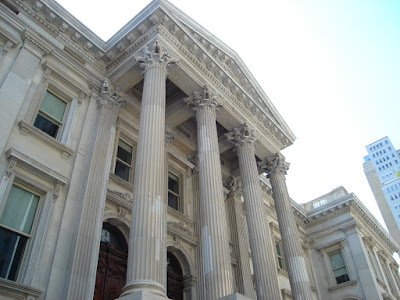