Sometimes, I would encounter a mirage, metaphorically.

Last week, I had the impression that I was very busy. Indeed, I was. There was the Open House thing that is happening this Friday, and which I am the one coordinating the schedule of the prospective graduate students. There is also my research project, and also the classes that I am taking. Add to that, the class that I am teaching.

Then yesterday afternoon, I went to my office, with the intent of doing something. But then when I got there, I did nothing. Not because I was procrastinating, but because it seemed that all the things that I needed to do at that point, I already did.

All I did yesterday was write up an answer key for my teaching assistant, so that when my students take the test this coming Monday, she would have an answer key in order to correct them.

I guess that meant that everything that I could have done, I already did. Bizarre. I thought there was something, but it ended up into nothing.

Anyway, I called my sister yesterday, and we were talking about different things. I found her remarking that it was a mistake to say that she was enjoying her life. That apparently triggered some altercation of some sort between her and my Dad. I don't know the details, but sometimes, parents are hard to spell.

It is almost the end of February. I just got the bills for this month, and it made me happy. The rise to my gas bill brought upon by this winter has apparently reached the top, and for this month, it started to fall. Nice! That means that this winter is almost over. Not that I hate winter, but I am getting sick and tired of it by now.

That means that I can go to my vacation in a few months. I cannot wait.

I really cannot wait for May. I have about 2 and a half months left, before I head to the airport and board those flights I have booked a while ago. I'll also be dining with my sister on the way; I asked her to check out an Ethiopian restaurant in Manhattan, and see whether that could be a good place to catch up on things.

I know that once my loyal fans in Central Europe sees the above paragraph, they will start asking questions to my sister, who seems to be the one that is more prone to communicate my intents to them. I don't know, I just find it funny that they always have their panties tied in a bunch whenever I go somewhere. They will then unleash their detective powers and try as much as possible to find out where I will be heading. Don't worry, they will know too, sooner or later. 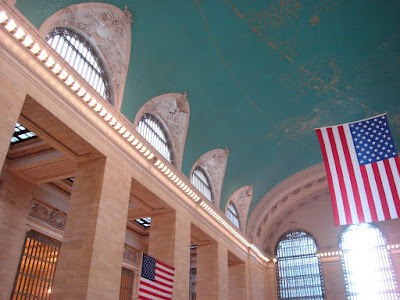 (The ceiling, from my Grand Central Terminal Series)