My Infant Grows, and So Is My Wall

I hate the fact that my breaks are spread along multiple sections of the day. I find it hard to work that way.

Anyway, yesterday, I was working on my infant. Magnus grew a little bit yesterday, and it is moving along. I have a few pages of single-spaced text for a draft. I have the goal to finish the draft by the end of this semester, so that I can submit it to my adviser and have it read by a few other people in the department as well.

I also have my postcard collection grow significantly this week. I added five new postcards to the collection. One was from Raleigh, North Carolina; another is from Chapel Hill, North Carolina; and another is from Cincinnati, Ohio. These three postcards were procured by myself, when I was in those places, either simply by connecting through the airport or actually in the city itself. The other two were from Wertheim, Germany (courtesy of a friend who is actually there at the moment); and from Florida, when a friend of mine went down there for Spring Break.

So there, if I look up, there would be plenty of different windows to the different places around the world for me to look at.

I already uploaded my pictures from Chapel Hill, and those who are knowledgeable of my professional website knows where my picture links are. They can visit it there. Otherwise, one should wait until it appears here in my photo series. I should warn you though that there is a considerable wait.

This morning, I had the Advanced Statistical Methods class. I really love that class, that I can anticipate what the professor is going to say next. It feels good to be one step ahead of that, and I actually see the rationale of the stuff that he is talking about. I guess the fact that I get the lecture shows, because a couple of other grad students from the class approached me and asked whether I would be willing to tutor them about the lectures. I didn't say a definite answer, because I don't know if I have time for that, but I left the opportunity open. I gave them my e-mail address, and told them that nobody usually comes to my office hours, so if they are free during that time, then I can help them with the lecture.

It is indeed empowering to know these experimental and statistical techniques. I know, I am being a geek, but the fact that I know what F-tests, T-tests, ANOVAs, and other statistical tools, and the fact that I know how to use them, is surprisingly amazing. I never thought that as a linguistics major back in undergrad, I would encounter math. Now, sigma-squared epsilon and other of those Greek terms just flow freely, with no brain processing penalty due to not being able to comprehend it. 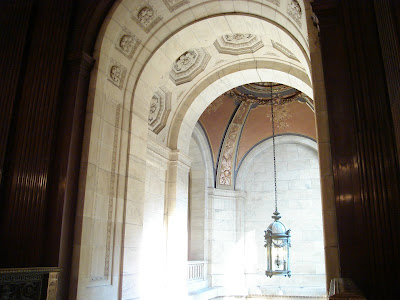