Doublebass Concerti and some Pictures

So, I went to Kleinhan's Music Hall and attended another performance of the Buffalo Philharmonic Orchestra. I especially wanted to see yesterday night's performance due to the fact that the playlist was rather unusual.

First, they played a symphonic piece entitled Ode to the Snow, by Chen Pei-Xun. This is a modern yet light tone poem, which has immense Chinese influences. It uses the Oriental pentatonic scale, and the solo parts by the flute and the harp was very scintillating.

The next piece was a Doublebass Concerto by Giovanni Bottesini, written in B minor. It was an immensely interesting piece. I never thought that the doublebass had that capabilities. My stereotypical image of a doublebass was this big stringed instrument, which was just used to provide the oomph-oomph bass line in the music. But this piece was very much mind-blowing, and the virtuoso soloist Edgar Meyer did a good job of showing it.

After the intermission, the next piece was another concerto, this time, it was the Doublebass Concerto in D, written by the soloist himself, Edgar Meyer. This piece is rather modern, written in 1993. It began with a bluegrass-style cadenza, and again, this piece demonstrated the virtuosity of the soloist. However, perhaps due to the fact that it was a modern piece, it was well-received by the Saturday night crowd, composed mainly of elderly people, but I got the feeling that it wasn't as well-received as the first concerto, because people couldn't help but clap in the middle of the movements for the first concerto but not for this one.

The final piece was what I was anticipating. It was Maurice Ravel's arrangement for Modest Mussorgsky's Pictures at an Exhibition. Due to the fact that I used to play the piano original version of it, I was looking forward to listen to Ravel's orchestration, since I have heard quite some recordings of it, and I really have to say that Ravel did a great job in bringing life to the piano piece. It was exhilarating, and the percussion section was amazing. It was a great evening overall.

After that, we went to Sahara Grill, which was a Mediterranean joint, and ordered some late night food. Ah, the good life, makes one forget sometimes the academic duties that one has to do before the end of the semester. 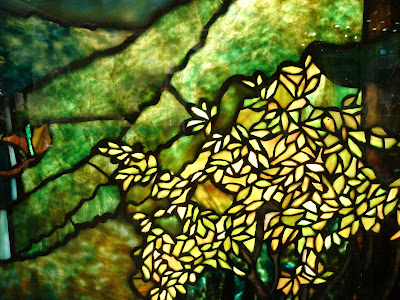