I never really thought of writing an entry due to the fact that an important person passed away. However, due to the fact that someone passed away recently, which, on a philosophical point of view, is very important to my own view of things, I will blog about the passing away of Edward Lorenz, who is the father of modern chaos theory, also known as the butterfly effect.

Professor Lorenz passed away yesterday, according to official sources. He was a professor emeritus in MIT since 1991. Among his many achievements was modeling chaos in the universe.

I am not, and never will be, a physicist. When I was in undergrad, I sat in huge lecture halls, listening to lectures about quantum mechanics and relativity, with my heart somewhere else, not really paying attention to it, thinking that physicists seem to have delusions of grandeur, trying to solve problems that are bigger than what is practically conceivable by the human mind. I smirked at the gedanke experiments that my professor was telling us, about the Twins who leave the earth and come back, who is older, that kind of stuff.

But I have to admit, these questions permeate everyone, including me, in our daily life. I actually blogged about chaos theory at least twice now, here and here. It is because I have come to a realization that whatever we do, wherever we go, whatever thing we try to undertake, two things will be in constant battle, the force of order, and the force of chaos.

Rational beings like us humans want things to be in order. Why am I preparing for a test in statistics, something that involves Latin Squares, linear and logistic regressions, correlations, R-squares, and all that mathematical formulae? It is because I believe in order. I believe that things in the world can be modelled one way or the other. I believe that for all the variance we can observe in the world, it can be reduced to a formula, no matter how complicated it may be.

Sad to say, though, Lorenz has proven me wrong, in saying that there is chaos in the world, and not everything may be in the realm of order. He did that about 50 years ago. He has given light to the other end of the balance, establishing the fact that there are two forces that are in operation in this world; that or order and chaos. One cannot exist without the other. 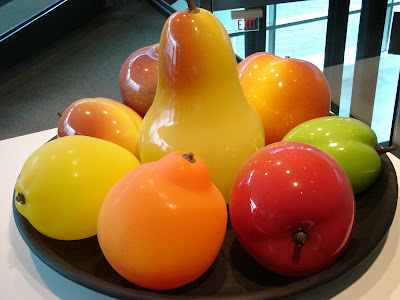