I just finished reconfirming one of the four lodgings that I made a reservation on my upcoming trip to Peru. Unlike the others, in which I made the reservation directly online, this one I made using an online travel agent. This was due to the fact that the hotel had no website.

So, it's less than a month ahead, so I went ahead and called Peru. In front of me was my phrasebook. It sounds a bit pathetic, but funny as well. I guess the key is to not to be frustrated, and have some sense of humor.

So I called, and immediately after the first Buenos dias! I asked if the person speaks English. And of course, I got Un poco. as a response. I then asked to reconfirm my reservation, which, after a few false starts, was accomplished.

The funny thing was that they couldn't understand my name, even if I spelled it. And I should have known how to sing the alphabet in Spanish. So what I did was spelling it using traditional Spanish names, D ala Diego, E ala Enrique, R ala Rogelio, & Y ala Ysabel. And guess what? It worked!

So, one down, three to go. The rest I e-mailed, but if they don't answer within the next few days, I will be calling them again, and most probably I will spell my surname using characters from a telenovela again, or, I might as well learn to sing the alphabet song in Spanish.

I am not-so-lost in translation, after all.

By the way, if the Spanish verb "to confirm" is confirmar, is the verb "to reconfirm" reconfirmar? I'm not sure if English rules of morphology have some resemblance to Spanish. 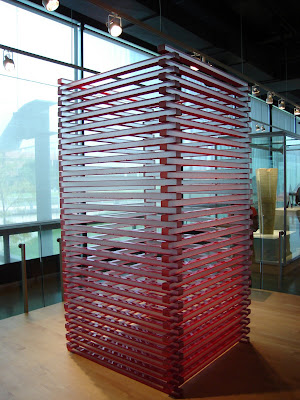