Back to Regular Programming 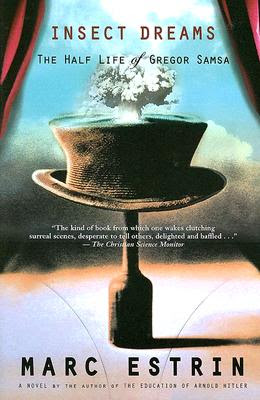 So, let me restart my series of book reviews. I guess the last time you found me reading a book was when I was reading this book, which was actually a book that I bought in a used-book store almost a year ago. I put it in my shelf, and never touched it until now, when I knew that I would be traveling and then I wanted something to read without having to return it to a library. Yeah, I remember when I went to Ecuador, I read The Master and Margarita by Mikhail Bulgakov, this time, Peru had me reading Jacquelyn Mitchard.

So yeah, this is one great read. I can see people saying that this may be chick-lit, and for that, Oprah selected it to be a part of her book club. But yes, this book is heavy on the drama. I guess it is not the best travel reading, especially when you are reading about a family whose every conceivable tragedy has befallen them.

But, if drama is your kind of thing, then go ahead and pick this one up. I happen to have left my copy in Ollantaytambo.

So, I finished that, and started with this one. It is entitled Insect Dreams, by Marc Estrin. This is designed to be a sequel to Franz Kafka's Metamorphosis. I haven't read that Kafka book (the only Kafka book I have read was The Trial, and it left my head whirling), but still, I am enjoying this one. Here, a man named Gregor Samsa, originally from Prague, was turned into a large cockroach, and he becomes an exhibit, flies to the USA from Vienna, and does all sorts of things. He meets real people, like Roentgen, Wittgenstein, and others.

Anyway, aside from my reading progress, things have progressed as well, in other arenas. My baby Magnus, for example. Before I left, I met with my adviser, who read my first draft. He then gave me comments about it, and after I came back, I revised it. So, while I was publishing my one-entry-a-day travelogue, I was revising my qualifying paper. It was not major, but semi-major. I needed to consolidate things, and rewrite some sections, clarifying what I was saying. So, yesterday, I finished chopping up my baby and reassembling him. So I gave my adviser my second draft, and hopefully, the revisions for this one isn't as bad as the first.

It seems that I am going to do more traveling than what I originally planned for this summer. But, the documents are not with me yet, so I will clarify this once I am sure of the plans. Those in the know already know it, but to those who don't know it yet, just hang in there. Some element of surprise is also essential in this blog.

I took about 1687 photos while I was in Peru. And given the fact that I am posting pictures here once per entry, and since I still have a great backlog of pictures to show (I still am in the middle of my Watkins Glen Series, and my pictures from Washington DC still hasn't come up yet, which number around 900), it is indeed a certainty that my readers won't be able to see it within the next year if I simply let my posts carry one picture at a time. Thus, I have resolved that I will give my dear readers a link to them once I finish uploading them online. Yes, I am not yet finished uploading them. And yes, I am breaking the fourth wall.

So there, I am back to regular programming. I wish you all a wonderful summer.