Day 3: Stones from the Navel of the World

Unlike the planned itinerary that I had posted automatically earlier, I made a slight change. Well, the Peruvians aren't like the Germans, schedules change. So I made some changes as well. Remember when I told you that I got ripped off? Well, the morning of the day before, I went to the office of this tour operator, and bought a city tour. It was supposed to start at 1:30 PM. They told me to be there 30 minutes before. It was in the morning, so I decided to walk around and wait until the time came.

But, as you have guessed, they were not there at the designated time. The office was there, except that it was closed. So, I waited for nothing. In the end, I decided to do the tour myself, by hiring a taxi to go to the far-flung Inca sites that you will be seeing in this entry.

Anyway, for today, I first headed to the Tourism office to buy boleto turistico, which is the tourist ticket that is valid for 16 different sites in and around Cuzco. I then visited the Museo de Arte Regional, which is a splendid collection of pre-Columbian art, and some colonial furrniture and paintings. The thing that sucks with this is that most museums do not allow you to take pictures of the exhibits, so all I could do is take pictures of the courtyard, since the museum is located in a colonial mansion, those with a courtyard in the middle, and balconies surrounding it.

This is a photo of the courtyard of this beautiful colonial museum. 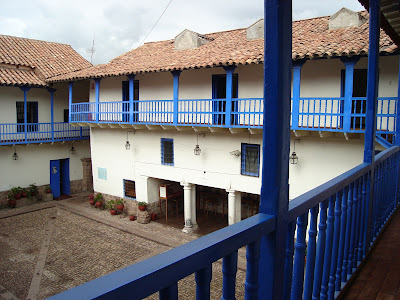 After that, I hired a taxi for two hours, so that he would take me to the Inca ruins around Cuzco, namely, the four big ones; Saqsayhuaman, Qenqo, Pucapucara, and Tambomachay. I paid 65 Soles (approximately 20 USD) for his time. I had a chat with him all the while he was driving me, learning about his family and children. I was surprised at the level of Spanish that I already know, enabling me to tell him that I have a younger sister, three years younger than me, and that my parents live in Europe. I also explained where the Philippines is, which is near Japan and China. He thought it was near the United States.

This is a picture of Saqsayhuaman, pronounced similar to "sexy woman", and it consists of zigzag stones as a fortress. 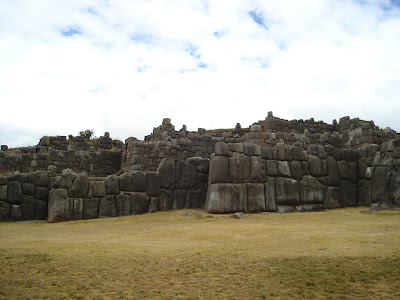 This is a detail of the pathways and the staircases that are found in Saqsayhuaman. 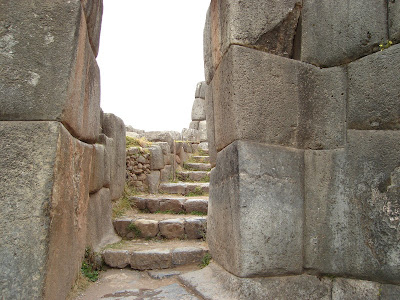 Qenqo on the other hand looks like a gathering of big boulders, but it is a collection of tunnels and walkways and streams, apparently an ancient Inca ceremonial site. Here is a shot. 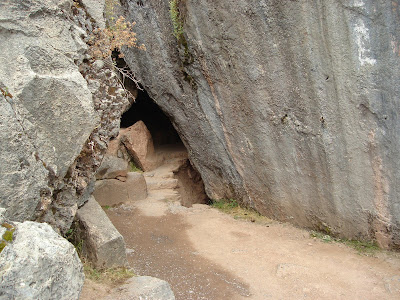 Pukapukara is a different one, it seemed like a hunting lodge, guard rest, and stopping point for travelers in Inca times. 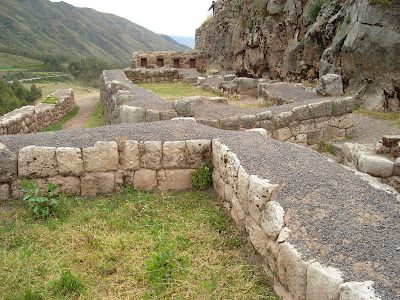 Here you can see the typical Inca window structure. 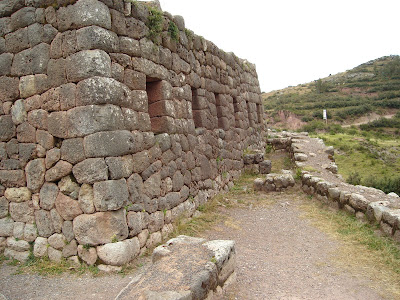 Finally, I went to Tambomachay, which is a collection of stone baths and water fountains that still function today. 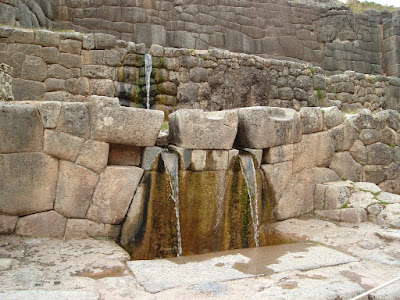 So, I spent two-three hours in his Daewoo Tico, those small vehicles that are all over the city. It was interesting indeed, seeing the archaeological sites with the huge rocks, arranged beautifully. It is interesting to note that they built these huge sites without even using cement.

After that, I let go of my taxi, and then I went to Qorikancha. This is an Inca site right in the city of Cuzco, however, the Spaniards transformed it into a church. Thus, you can actually see a church with Inca stone foundations.

This is the view from the outside. 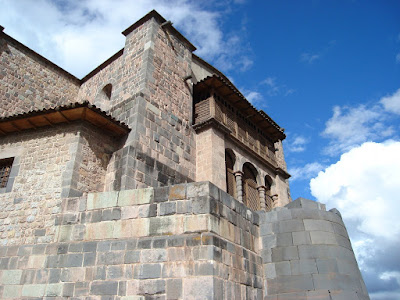 You can see on the picture of the courtyard here that there is this Inca window structure beyond the balconies, because the Spaniards kept the stone structure intact when they built the church above it. 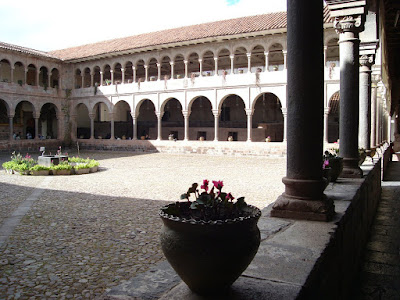 So there, that was my day, my second night in Cuzco. The next day, I would be traveling to the Sacred Valley, where further mystical experiences await.