I am off to Gotham City later this week. I needed to run some long-distance errands, regarding a trip that I will be taking next month.

Yes, after a stint in Peru, I am off to another location this time, in a different continent. But, this is not a pleasure trip, unlike Peru. I am attending a workshop in Odense, Denmark in the first half of July. After that, I will proceed to Budapest, Hungary, to visit my fans.

So, in order to go there, I needed to head to the Danish consulate. And, due to the fact that I now have every bit of my paperwork with me, including the official invitation of the university in Denmark, I can proceed.

So, I am scheduled to ride the bus to the Big Apple, and then I will head to the consulate. I will be meeting with my sister in the process, since she lives in the vicinity. I will be bringing my camera, since my sister and I are planning to spend some time together, during the two days that I will be there.

Wow. 2008 has been a very travel-plenty year for me. It hasn't ended yet, but it has already brought me to plenty of places. I guess this year saw me extending my northernmost and southernmost visited places. Until last year, Prague was the northernmost place I have been to, and Quito was the southernmost. However, this year saw Cuzco as my southernmost point, and Copenhagen as my northernmost point. Come to think of it, there aren't many major cities more northern than that, aside from St. Petersburg in Russia, Oslo in Norway, Stockholm in Sweden, and Helsinki in Finland. Maybe sometime I will extend my reach. But not in the near future, I suppose.

Sometimes, I find it amazing, that I would be in South America one month, and in Europe the next. The world certainly has become smaller, and travel has become easier. So there, my country count would increase again, it is currently at 14. There would be a couple more that will be added next month.

I am so excited. 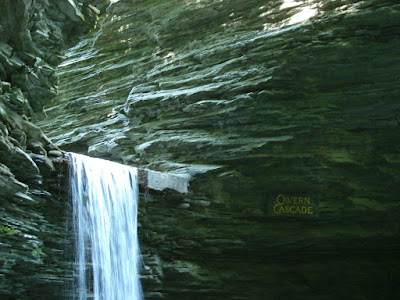 (Beauty Takes a Fall, from my Watkins Glen Series)