No Wonder I Am Not a Musician

I suppose many of my previous posts, both recent and not so recent, has reflected the fact that I like measuring things. I like doing stuff where there is one right answer, and not plenty of them. In short, if I were to pick a discipline, I would be in one where I do quantitative research, and not qualitative.

Now why am I bringing this up? The reason is because of another conversation that I overheard yesterday. Yesterday, while waiting for the bus to go back home (yes, it happened in the bus stop again, there are plenty of interesting conversations that happen in bus stops), two students were talking about music. By the looks of them, they both look like graduate students, and international students as well. You know, they aren't the iPod-plugged, I-don't-really-care student type. Rather, these are more of those intellectual bunches.

They were talking about music. Classical music, Indian music, Ravi Shankar, Beethoven, Mozart, Schoenberg, among others. I found the aura of the conversation rather arrogant, you know, those radical anti-establishment types, but centered in music. Now the thing that really got me thinking was when one of them commented that Schoenberg was the hip-hop of his day.

I have listened to Schoenberg's music, and I cannot really say I like it. Some people do, and some people don't. However, I recognize his genius in the sense that he pioneered atonality in music. And the fact that he is equated to hip-hop just doesn't make sense to me.

First of all, hip-hop is popular music. Even if it is a genre where not all of the people like it, it still is popular music, in the sense that quite a large number of people have access to it and can appreciate it. I do not, but most of the student population here perhaps can. Schoenberg's music was never popular back in the days. I don't think a sub-group of the population back then danced and enjoyed Schoenberg's music, playing it on the radio. Why is that? Because we have to admit that there is this divide between "classical" and "popular" music. And it is just now that this divide is becoming blurry.

How does one divide it? Well, analyze the music, and see how these musical types fare with theory. If you look at popular music, they have very simple harmonic progressions, using extensive vamping. Classical music on the other hand do more than that, with complex harmonizations and other stuff that makes your head swirl.

Now although I am emphasizing a divide between classical and popular music, I do not want my readers think that I am being elitist here. The fact that there is a divide does not mean that preferring classical music to popular music is better, and more refined. I do not intend to convey that thought. All I am saying is that there is this two huge categories of music. And all I want is to give Schoenberg his due. Heck, if you just take a listen at my playlist, you would be amazed.

No wonder I did not become a musician. Things are subjective. One can argue about these things forever, and even analyze it to a deeper level, sometimes, to a level that makes you wonder whether the composer actually intended others to analyze or not. 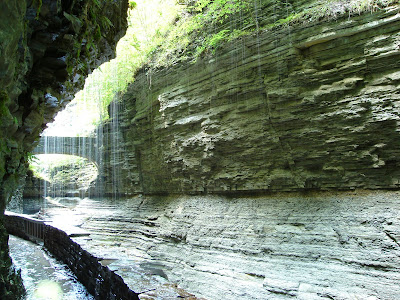