It has been raining for the past week. It kinda sucks and it kinda doesn't, but it not really is your ideal weather. Well, if it is raining, then the temperature is lower, which is nice. I am not really a summer person, and the heat just is irritating. However, when it is raining, then the wet feeling isn't ideal too. You wouldn't want to be walking around carrying an umbrella that isn't really helping your lot.

So, today, I was looking forward for another day of wetness, but the afternoon proved wrong. The sun came out, and the rain clouds went away. I was sort of happy, as long as it is not very hot. Well, at least, I prefer that compared to last Monday, when it hailed twice here, once around early afternoon, and another about three hours after that. I was in a coffee shop when it happened, and it just created some weird popping sound in the roof.

Some good news: I finished the social and behavioral sciences human research curriculum. Well, before conducting research that deals with human subjects, researchers in the academe must first complete a course on research ethics, and it just is very extensive. It deals about participant protection, especially if you are dealing with research that concerns pregnant women, students, prisoners, children, and workers. It is an issue that pertains highly on ethics, and believe me, you would not believe the unethical procedures that people used to do in the past. They used to just grab prisoners for example, and inject them with syphilis strains, observing how their bodies would react. You can just imagine how their participants ended up.

Ever heard of the Stanford Prison Experiment? This was a rather famous experiment that investigated the reaction of people whenever they are in prison situations. The things that happened during that experiment would never be allowed nowadays, thanks to the Institutional Review Board, or IRB. So now, whenever a study involves human subjects, before it can be run, its protocol has to be approved by the IRB.

So there, I am street-legal when it comes to conducting experiments with human subjects, and I have this status for the next three years. Sweet! 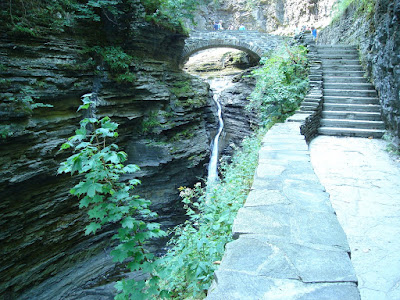 (Pathways and Gorges, from my Watkins Glen Series)