Here in Buffalo, there is an annual event every summer, called Shakespeare in Delaware Park. It is the country's second largest free theatre event, after the one in New York City.

So me and my friends decided to go and attend this past Friday. The event was free, there was a stage in the middle of the park, and there was a hill facing it so the audience can sprawl down and relax, or mount some chairs and sit, so they can enjoy the play.

So we were watching the play. And it didn't take long for me to realize that I am not Shakespeare literate. They were performing King Lear, which is apparently one of his most important works. But I didn't get a thing. I didn't understand it. And I blame the type of English that Shakespeare used. It was appropriate in his time, but I do not understand it.

I had to depend on one of my friends who studied it back in high school. So he was relating to me what the events were, and who the characters were, and how they were related to one another.

Well, I suppose I like watching theatre, but only the theatre that I can understand. Shakespeare is too far back for me.

During the intermission, the actors went uphill to the audiences and collected donations. While my friend was handing some money to one of them, I noticed that the actor was in a couple of plays I have watched before, so I brought it to his attention that I saw him in The Shape of Things and in Spring Awakening.

It is funny how my sense of entertainment evolved. I used to go only to the movies, now I have a varied collection of performances I appreciate.

So there, that was my first experience of Shakespeare in Delaware Park. After the performance, we went to IHOP and had breakfast at 11:00 PM. 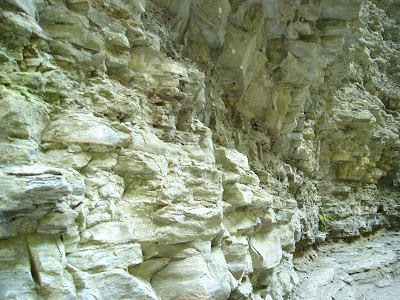