The Sky is Falling

I am no airline industry expert, but I guess things have changed much that I decided to blog about it for this time.

It used to be the case that flying was a sign of glamour. People who had money to burn were known to be jet-setters, and they would fly inter-continental, from Los Angeles to New York and back. And then the experience of flight became more common, with the common middle-class flying to places, when they visit their grandparents in Florida, to when they have a wedding to attend on the other side of the country.

However, the high price of gas at the moment is causing a bad turn for the airlines. At least, in the USA. I actually found it surprising that Lonely Planet even categorized the current trend of charging for checked luggage as a travel warning. Yup, if you go to the Lonely Planet website, and look for the entry on the United States of America, there is a travel warning that several airlines are now charging for the first checked bag you have.

It used to be the case that checking bags are taken for granted, and you don't have to pay for that. Now, you do.

The weird thing is, this doesn't happen in Europe. True, the legacy carriers in Europe do not charge for the first checked bag, and the airlines who do are those who are considered to be LCCs, low-cost carriers. But the weird thing is, here in the United States, the LCCs such as JetBlue and Southwest allow you to check bags, while the legacy carriers don't. Why the reverse situation?

I really don't know why. Maybe the business model of these airlines in the US are somewhat tweaked.

However, I sort of am in agreement with the move that the airlines are doing. If I am a passenger, and I do not need to check bags, then why would I pay for that service? I would rather pay for the service that I would actually use; if all I need is transport, and no bags to go with it, then all I want to pay for is the seat. Now the annoying thing is that these airlines who do these claim to be legacy carriers, full service airlines, and yet, the LCCs are doing a better job than them. 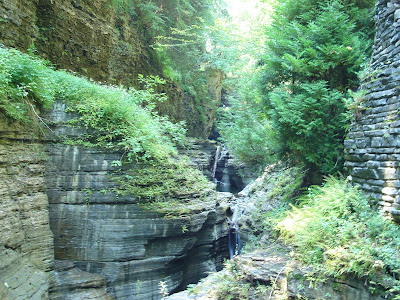