Windows Thinks I Am Stupid

Well, yes, I believe that Microsoft Windows thinks that I am stupid. Why do I say that? Let me give you a background first.

It is a habit of mine that whenever I would get to my office, I would turn on my laptop, and then attend to some things worth doing. So I just did that recently. I came to my office, turned on my laptop by typing in the password, and the Windows turning-on music came on. That was good. So I went out of the office, and this time I went to the library to get something and return something.

Usually, when I come back, the laptop is all ready for use. You know, those programs that are supposed to load every time you turn your laptop on is already loaded, and so it is just waiting for you to sit down and do work on it.

However, this time, it asked for my password again. Duh! It seemed that it restarted itself. It's not that it is a sign that it is a problem, but I know why this happens from time to time. So yeah, I typed in my password again, and then waited for it to load again all the programs that it is supposed to load whenever it starts.

And there it is, on my lower right corner of the screen, I see this icon, with a message on it. It says, "Windows recently downloaded and installed an important security update to help protect your computer. This update required an automatic restart of your computer." So there, apparently, it installed something without my knowledge.

Now this is the thing that I do not like. I hate the fact that Windows can just download stuff and install it automatically without even me approving it. I know that they say that these are security updates for computer protection, and I appreciate that protection, however, at least let me have the option of approving it first, before proceeding the download and installation. It seems that the manufacturers of Microsoft Windows XP thinks that the users of their product are stupid, and so everything is done for them. I guess this is the same complaint I have with Microsoft Word, which is why I have shifted to LaTeX.

The weird thing is, some programs and downloads are messed up. In fact, there are some "intelligent" updates done by Windows that is not compatible with their system! Windows has this thing where updates can be downloaded whenever you are connected to the Internet, but you have the option to delay the installation. Most of the time, I delay it until I turn the computer off, and it will install before it shuts down.

However, there seems to be one update that is incompatible with my system, because since that update was ahem, automatically downloaded, and I tried installing it before shutting down my laptop, it would not shutdown. It fails to install, so I am here waiting, five minutes, ten minutes, fifteen minutes, waiting for the laptop to shutdown, but it couldn't because it could not proceed with the installation. So, I shut it off manually, and from then on, I just shut down using the option of not installing the update that was supposed to be installed.

I wish that Windows could clean up their act. Instead of pretending that things are well, and assuming that its users are stupid. 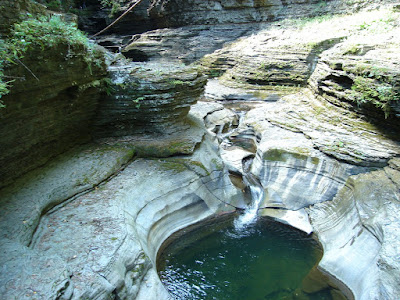 (Pools, from my Watkins Glen Series)