The workshop's third day has just finished. So far, so good. We already have our experiments designed, and hopefully, by tomorrow afternoon, we can run it to the people here.

Today was supposed to be a day off. So all we did was meet as a whole in the morning and give an oral progress report. After that, I was a participant in a group's experiment, and after that, I headed to the university and had some lunch.

Then, I headed off to the country.

After lunch, I went to Odense Central Station to catch a bus. I wanted to go to Egeskov Castle, which is a very pretty sight south of where I was. I needed to ride Bus 801, but unfortunately, the bus that was there wasn't stopping at Egeskov. Some 801 buses stop, some don't, and it happened that the one that was there didn't. But the bus driver, who didn't speak English, still helped me. We were conversing with gestures, and given the knowledge of German that I have, I was able to understand a bit.

He basically instructed me to take his bus, and then transfer to another one, Bus 920, at a certain bus stop. He gave me a timetable, and he also showed me the bus that I could take when I would be going back. And he smiled when I said "Thank you" in Danish.

My goodness, to say "Thank you" in Danish is funny. The Danish word is "Tak", like thumbtack, or attack, or intact. Same syllable. So I always have this imaginary thought that I would attack or tack the person to the wall, whenever I say thank you. And guess what? They tack me back.

Danish is frustrating, and by that, I mean the language. I suppose there are so many unspoken letters and so from a learner's point of view, it is rather hard. You never know when to pronounce a letter, and when not to. There are also some sounds that are pronounced weirdly, like this one alveolar sound where it seems that one needs to curl the tongue backwards, and hit the palate once it is accomplished. But there are plenty of other stuff that I like about the country, the people being one of them.

Anyway, I have to say that it would be nice being in a university here in Denmark. Why? Because they sell beer in the cafeteria! Yes, you can be a student, have a class, drink beer for lunch, and attend class once more in the afternoon! That is just ultimately unthinkable in the United States.

Well, so I did go to Egeskov. I took plenty of photos again. They had mazes which lost me for about 20 minutes. They had plenty of museums of antiquities as well, and the castle alone was a great setting.

So, I went back, and then we decided to hold a barbecue. We had sausages, vegetables, meat, fish, among others. And, best of all, Danish beer. Best evening here in Denmark ever. 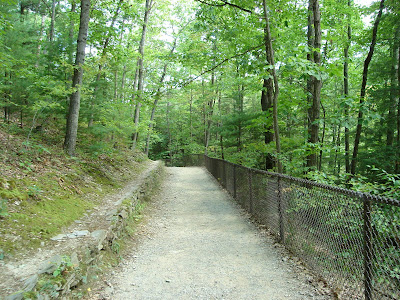 (The Indian Trail Continues, from my Watkins Glen Series)