Finally, I suppose I got rid of my jetlag by now.

It is a bright and nice morning here in Helsingør, I am in my hotel room, and I am about to take a shower at the common shower and then eat breakfast. But before that, I need to write this entry.

So, what happened yesterday? Well, I was in transit. It started on the morning of July 3, when I was picked-up by my friend and we headed to the airport. Well, nothing about that was special. I reached Chicago O'Hare International Airport after a ten-minute delay, but since I had a three-hour lay-over, nothing was compromised. My one checked luggage was checked all the way through to Copenhagen, and so that was fine too.

I boarded my Chicago to London flight, and nothing special happened there too. But somehow, this flight was weird, time-wise. I knew that I should sleep in the flight, since we would be arriving in London Heathrow Airport in the morning of the next day. However, I tried and I tried but I couldn't. We left Chicago at 6:00 PM and we scheduled to land in London at 15 past seven in the morning. I was wide awake the whole flight. I tried closing my eyes but I cannot lull myself to sleep.

Anyway, so we landed in London, and I have mixed feelings about this airport. Well, I like it because there were just so many airlines operating out of it. That made me feel excited. But, I was transiting from Terminal 3 to Terminal 5, and there were just so many long walks, and there isn't any people movers that are around. One boards a bus to transfer between terminals, and it seems that you pass through the bowels of the airport in order to do so. The security did not seem too strict, either that, or it may be the case that the US security is over-reacting.

However, once I reached Terminal 5, things were nice. I like the new British Airways Terminal, and things look sleek and ergonomic.

Anyway, my flight out of London was delayed for fifteen minutes. So we boarded when it was already time, and this time I was so sleepy. My flight was supposed to leave London at 10:05 AM and arriving at Copenhagen at 12:55 PM. In Chicago time, this would be early morning. And since I didn't sleep earlier, now I am so tempted to sleep. So I caught a few minutes of sleep, ate the in-flight food, and landed in Copenhagen.

Now, Copenhagen is weird. It is a silent airport, so there are plenty of signs, but no announcements through the speaker. I immediately had my passport stamped, and then I was in the Schengen area. Apparently, the flights going out of Schengen were on the far-most end of the terminal, so I had to walk some distance again. I then spent quite a while waiting for my luggage to come out. It was one of the last luggage who came out of the carousel.

Again, I had the impression that security in Schengen airports are weak. I had that impression in Vienna as well. If I compare that with security in Manila or in any US airport, it would be easy. Or perhaps they have security measures that are set up behind the scenes.

So my first impression of Denmark is that everything seems flat. Even from the airplane window, their land seems so flat. No mountains whatsoever. I saw some windmills installed in the sea, and that was cool. People smoke a lot.

I boarded a train from the airport to Helsingør, where I am right now. I decided to spend two nights here, because I wanted to visit Hamlet's castle. I will visit it today, after breakfast. Yesterday, however, I strolled the quaint nice little town, bought myself a sandwich and a yoghurt drink in the super, and ate my supper next to the sea, watching the ferries bring people through the Øresund. The Øresund is the narrow strait that separates Denmark from Sweden. I could actually see Sweden on the other side, and shops in this town both have prices in Danish and Swedish kroner. I didn't do much yesterday in terms of sight-seeing, since most of the stuff are already closed by 6 PM anyway. So I went to bed early, and slept all the way.

Now, I will whip out my camera and shoot away, but before that, I will take a shower and eat breakfast. Then tomorrow, I will take the train to Odense, because my workshop, which happens to be the main reason why I am in Denmark in the first place, will begin the day after. 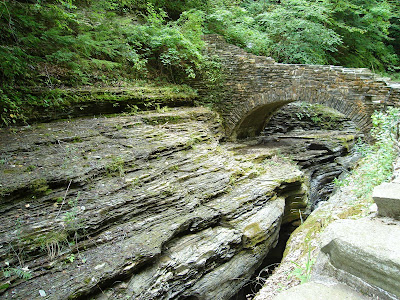