Things have started to become new lately. A new roommate, a new semester, new people are arriving, and old people are coming back.

Yesterday, my new roommate phoned in saying that they would be leaving pretty soon, and based on the length of the drive, they would arrive early morning. So around 4:00 AM, I got a call, and twenty minutes later, they showed up at my front door. I helped my new roommate bring stuff inside the house, and after an hour, we were done. His family who drove him here then bid him goodbye and then left, with plans to have a few hours of sleep in a hotel and then drive back home. Home for them happens to be 16 hours away by car.

So I have a new roommate now. I therefore pulled off my ad from the posting site, so that no one would call me anymore asking if the apartment is still up for grabs. He seems like a decent guy, and hopefully better than the previous one I had.

Speaking of the previous one, I just saw his pictures of his new lab and new apartment, it seems swanky. Although it may be just the case because he just moved in.

A good friend just came back from her summer school. I talked to her yesterday over the phone, while she was driving back, and today we decided to spend the afternoon grocery shopping. Well, it also has something to do with the fact that we are having a dinner party tomorrow, with a few of our close friends.

I am in charge of the transportation for the new students with regard to the annual departmental party. So far, plenty of people have responded, and so that is being taken care of. I suppose this is the annual cabal of the department, where everyone meets everyone, knowing who is who in the department. It is a potluck event, so I am teaming up with my good friend so we'll make one dish together. The thing is, well, she has equipment that I don't have, like for example, a blender. I need it to liquefy golden raisins and spices together.

Anyway, yes, the new semester is about to take off. And sooner or later, I would just realize that it is almost over. I got a haircut yesterday, and I am loving it. The professor to which I am a research assistant to has just told me that he already has his travel papers ready, so he is just waiting for the visa to come so he could fly to the United States and start the semester.

It is going to be an exciting semester I presume. 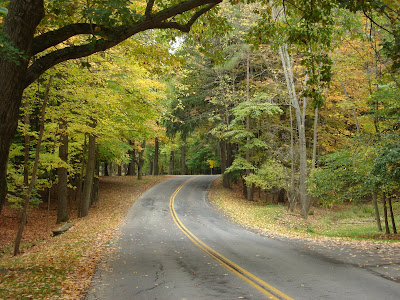