Last Thursday, the department had its annual welcome potluck party. And as usual, the dish I brought was a success.

Actually, I joined forces with a friend of mine, and together we made Curried Chicken and Basmati Rice. We cooked the chicken using curry spices, and the sauce was based on yoghurt and raisins. It was a spicy yet very delectably tasty dish. And once again, the crowd finished the whole pot.

But sometimes, it gives the impression that master's students just don't care. Because they don't attend graduate student meetings, and so nobody even knows that they exist.

I hope I am wrong this year. 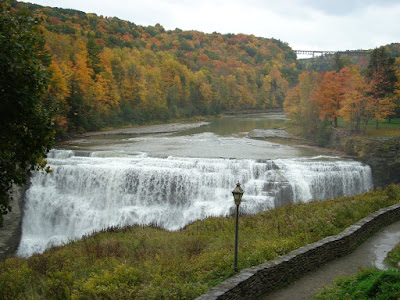 (Facing It, from my Letchworth Park Series)