Have you ever had time to crash an anthill and see what's happening inside? I suppose one could characterize what I am doing at the moment as that of an ant.

I cannot believe that it is already the fourth week of class, and things are really busy. Even though I am only taking two classes, there are things that need to be done and so my schedule is rather full.

Anyway, I suppose I could write about them all here, but the fact that most of those are rather academic and not of interest to the general public is quite a deterrent.

So I suppose I would just randomly pull things from my head, and the significance of each is not really correlated to whether I mentioned them or not.

A friend's wife is having a baby soon. That would be a good thing.

The weather has started to become cold here. It used to be that the sun would be shining real bright, but now, it gets cold in the evenings. It's already sweater weather. My roommate, who is from Kansas City, is in for a real winter.

The professor who I am assigned as a research assistant is coming to town this weekend. I am excited now, since that would mean working with him in research, and not just grading papers. Not that I mind grading papers, I do enjoy seeing people's drawings of where the tongue position is whenever one is pronouncing a certain word, but I would rather do research than grade papers if I had the choice. Of course, I am not complaining, since academics usually teach in conjunction with research, so I might as well get used to it. 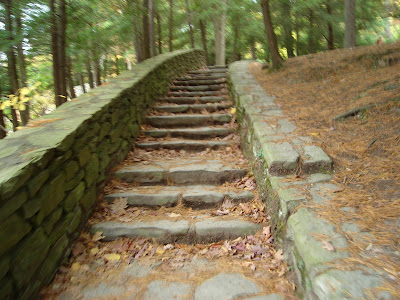