Like I said, I have this project going on with 5 other people around the world. This came out of the workshop that I attended in Denmark last July. It is a little bit slow to move, given the fact that I am working with 5 other people, and manipulating their schedules around the project is a big feat, but it is moving.

I also have my qualifying paper near completion. I used the first half of it as material for the poster presentation that I did, which is co-authored with my adviser. The second half on the other hand is the basis for the abstract that I submitted to a conference that if accepted, I would be heading to France in the summer of next year.

I am also trying to work with another graduate student here in the department, in order for the two of us to write a paper in a theoretical topic. If we do this, we could submit an abstract for another conference, happening in August of next year, and present it if accepted. It would be a co-authored paper between the two of us.

I am also thinking of writing a paper for my seminar, which, if I craft it correctly, I could also turn into a paper that I can submit at the same August conference, for a solo paper this time.

And I just received a message from another friend of mine in Malaysia, that she is thinking of submitting a co-authored paper with me for the same France conference in June 2009. I told her that I don't know of a topic that we could work on together, but if she has ideas, then I am willing to work on it. So if that happens, then who knows, I might have two gigs in one event.

I suppose it is about time. Graduate students need to go out and be visible. Looking at my CV, I definitely think it needs improvement. I suppose this is one such thing. 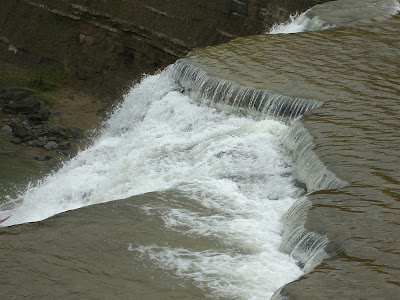