I have been living in Buffalo for more than three years now. And as evidenced by my coursework, my graduate career is more than halfway done.

I have 6 credits remaining in the necessary coursework that I would need to take. And I have a meeting with the Director of Graduate Studies tomorrow, in order to discuss what would be the classes I will be taking to fulfill the remaining 6 credit hours. And I already have an idea what they will be.

Yesterday, I finished another thing that I had to do for this semester. I am presenting a paper for a seminar I am taking on neurolinguistics. So yesterday, I read the article again, since the last time I read it was about a month ago. I then made a handout so the people will have something to follow on while I will be discussing it. The presentation isn't until November, but I would rather do it right now since I had the time. I am thinking of contacting the authors as well, since I have a few questions that were left unanswered in the paper.

Anyway, sometimes this feeling of accomplishment makes me daydream, say, where I will be 5 years from now. 5 years from now would be 2013. Maybe that would be the year in which I would be looking for a tenure-track job. I am aiming to graduate within 2 years, which brings me to May 2010. I am giving myself 3 years of post-doctoral fellowship training, so I can beef up my skills in cognitive psychology and neuroscience. Even though my training until now has been in linguistics, I would want to bridge the gap by being a researcher in a lab that deals with psycholinguistic or neurolinguistic research. Maybe an ERP lab. That would be fun. The end result would be an appointment either in psychology, linguistics, or better yet, cognitive science.

Which brings me to the current Gedankenexperiment: Where would be an ideal city to live given the above considerations? I know that due to the nature of this career type, one really cannot choose where to live. It usually is the case in which one applies to different institutions and that becomes the choice of location. One doesn't choose a place to live because the weather is nice, or because the city is big.

But, what if that is not a problem? I don't like a big city. New York City is too big for me. Chicago has too much traffic. But I don't like small cities and rural areas either. Ideally, I would want to live across the Atlantic, in Europe's old towns. I love my cheese. I love my music. I don't like Big Brother.

But I suppose I don't have a choice, if I get a position in Amherst, Massachusetts, or in Urbana, Indiana. The thing that amazes me is that people would erect massive institutions of higher learning in rural areas, like UMass or UIUC.

Anyway, enough of daydreaming. I have another paper to write. 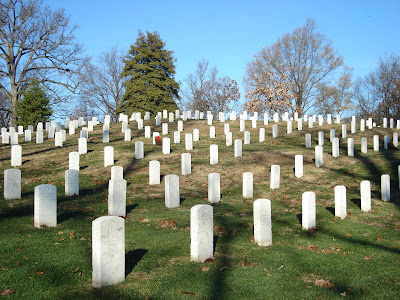