Have you ever wondered why there is a divide between consonants and vowels? Is it just the case that English distinguishes between the vowels A, E, I, O, and U and the rest of the alphabet? Or do other languages have this distinction as well?

The fact is, other languages indeed have this clear distinction between consonants and vowels. This is just a category difference that seem to be cutting across the board. In Japanese, consonants have a different label than vowels, and in other languages, such as Arabic, consonants are written, but vowels are not. In short, there is a good argument that this divide has psychological reality, and not just something posited by grammarians.

But, I am not intending to talk more about psychological reality in this post, at least not today. What I want to address now is how consonants in different languages vary.

So the first question is, how many consonants is typical? Do you think that English is normal, or does English have more than the usual? What are the most usual consonant sounds?

The most usual consonant sounds are /p/, /t/, /k/, /b/, /d/, and /g/. These six sounds have something in common, and that is, they are pronounced by creating a momentary blockage of air in the oral cavity. /p/ and /b/ are produced by blocking the air at the lips, /t/ and /d/ are at the alveolar ridge, or sometimes, on the teeth, and /k/ and /g/ are on the velum, or soft palate. There are other sounds that are produced by blocking air, but these six ones are the most common.

The next question is, why are these sounds more common than others? Well, the thing is, it is very easy to produce. One only needs to close and open the mouth and oral cavity. That's it. And the reason why these three areas are most common is because they are producing the most different sounds. So perceptually, it is easier to tell that a /p/ and /t/ are different, rather than differentiating between a /t/ and a sound made by blocking the air in the palatal region, which is a /c/.

Aside from these sounds, sounds that are produced by lowering the velum to allow air to pass through the nasal cavity are also common. These are /m/, /n/, and /ng/ (I know, this is not IPA, but I don't have an IPA keyboard). Now, think what the words for "mother" are in different languages, don't they have a nasal sound in them? There is a good explanation to that, and that is, /m/ or /n/ are some of the first sounds that babies can do. It's very easy to do, just close one's mouth and open it again, and the control needed to open and close the velum in the back of the oral cavity is not mastered yet, therefore it comes out as a nasal sound.

If there are easy sounds, there are hard sounds as well. These are the fricatives and trills. The fricatives are hard to produce because it needs a good control of the speech organs. Fricatives are produced by making a constriction narrow enough to produce turbulence. If you produce a /s/, then you make your mouth narrow enough to produce that hissing sound. Make it a little wider and the sound will not be the same. Fricatives include /f/, /v/, /s/, /z/, and others. Now you know why babies named "Elizabeth" cannot pronounce their name easily when young.

Trills are the same. The /r/ sound, at least the Spanish /r/, needs the tip of the tongue to vibrate really fast, and one needs to mastery of the tongue in order to let it vibrate. The same goes for the uvular trill, found in some European languages like French and German.

Some of the most complicated sounds involve the pharyngeal region, and these sounds are made use of by the Afro-Asiatic languages, such as Arabic. These involve sounds that require a constriction made deep down in the pharynx, and second language learners of these languages find it hard to articulate.

If we turn our attention to universals now, most of the time, we find the stops in pretty much every language in the word. Fricatives are still common, but one can see languages that do not make use of them at all. Some languages only have /s/ and /h/ for fricatives, and for that reason, English is rather unusual for having quite a lot of fricative sounds. Nasal sounds are common, and most languages have at least one nasal sound. Finally, trills are not so much, and so are pharyngeal sounds, due to the complicated articulation that these sounds require.

Of course, there are other types of consonants, like ejectives, implosives, and clicks, and yes, these are rather uncommon compared to the other plain consonants. Most of these are found in a scattering of different languages around the world, but one cannot see a general trend as to where they are found. Clicks are mostly found in southern Africa, and ejectives are mostly found in the Caucasus region and in South America.

So there, that's my spiel on consonant sounds for you. I will end it here, and then think of a new topic for my linguistic factoid. 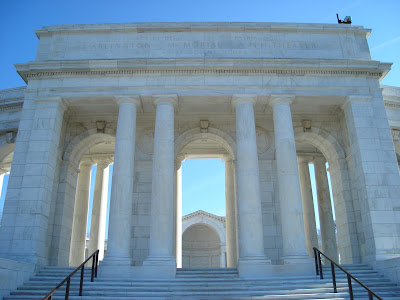