I regret that I haven't been able to write an entry for the past week. Things have been busy, and even though classes have ended by last Monday, I still had plenty of things to do.

On Monday, I had a make-up class to attend. It was a 4-hour-long marathon session where all the people in the class had to present their research. I did well. Things ended well. After that, I headed straight to the Psychology department, where the lab director of the lab I am a member of bought lunch for all of us. We had good Chinese food.

On Tuesday, I was working on my paper. I was in the university's Cybrary for the whole time, given the fact that my computer didn't have SPSS installed in it, and I needed that program to do my statistics. I was running a bunch of multi-dimensional scaling analyses and so I needed to measure similarities and differences across a bunch of languages whose differences and similarities were measured numerically.

On Wednesday, I was back in my office, writing my paper. I had an earlier draft of this one, and the professor already gave me comments on that one, so I am revising it this time. The revisions took me all the way to Thursday. This was also the day in which all the graduate students had a pizza party at noon. That was fun. After that, I went back to work.

On Thursday, I was still working on my paper, but I was able to finish by mid-afternoon. Then, I went ahead and proctored an exam. Initially, I asked the professor teaching this class whether she wanted me to be there, and initially she said that she doesn't need me there, but I asked again, and told her that I have everything I have to do already done, so I can proctor the exam with her. So I did that, and she had some finger food for all. I had some Swiss cheese and cookies.

After the exam, a good friend of mine went to a theatre downtown to watch the play entitled The Seafarer, by Conor McPherson. It was a very realistic and gripping play. It consisted of four friends, connected all together by being alcoholic, uncovering their pasts on Christmas Eve. Little did they know that the Devil was in their midst, and was ready to collect their soul. They play poker, but the stakes are so high that the whole theatre just fills with suspense. I wouldn't give you the ending here, but if you find this play running in a theatre near you, I would recommend seeing it.

On Friday, I went to school and sat down with the professor I was a teaching assistant to, and graded the finals and the final papers. I graded the objective part of the exam, and she graded the essay parts. Then, I read all the papers that were submitted, pointing out the strengths and weaknesses of each. I gave each paper a numerical value ranging from 15 to 24, 20 being the average okay paper. Then, the professor would then read it again, and assign a final grade to the person.

So that was my week. Busy, indeed, but I survived. 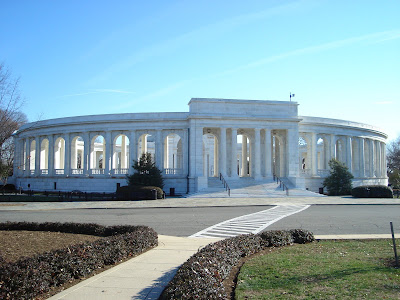