While in New York City this past weekend visiting my sister, I watched two shows with her. New York City is such a melting pot for shows of all kinds, and we watched two different yet very engaging productions. We watched Martha Clarke's Garden of Earthly Delights, and Edward Bond's Chair.

Garden of Earthly Delights is a multi-modal production. What I mean by that is it is mainly a dance production, but it is not all about modern interpretative dance. There is a storyline that comes with it. It is based on the painting by Hieronymus Bosch, a 15th-century surrealist painter. The dance performance was divided into three segments, where the performers portrayed different scenes derived from the painting. The first segment was Paradise, and the dancers were only wearing body suits. So for all intents and purposes, they were naked. It had a sensual feel to it, but it was definitely not intended to stimulate the audience the way pornography does. Then, the next segment was The Seven Deadly Sins, and the dancers became human and put on some clothes. One man was funny in illustrating gluttony, where he was eating potatoes one by one, without even cutting it. One woman defecated on stage, two small pieces and one big piece. There was some lust going on, and then the next segment was performed, entitled Hell. The dancers lost their clothes again. Together with a smoke machine, they depicted scenes of horror, including hanging dancers swaying to and fro across the stage. Overall, it was a great performance. I never saw anything like that before.

The other show that we watched is an off-Broadway play by Edward Bond, entitled Chair. Edward Bond is the English playwright known for advocating the removal of theatre censorship. And yes, Chair is a play in which you would either love it or hate it. I for one, loved it. Given my fond memories of reading George Orwell's Nineteen Eighty-Four, I enjoyed every bit of this play. This is about a woman, living in 2077, with a physically and mentally disabled man, who she picked up from a garbage bin as a baby about 26 years ago. Gradually, it is revealed that the woman has been watching a soldier accompanying a prisoner on a bus stop, on their way to a certain location. She figured that the soldier was waiting for a very long time, and therefore she brought down a chair for the soldier to sit. However, things go awry, and it became a basis for an inquiry by the department. I would not disclose how the play ended, but it had severe consequences for the woman.

In short, I loved the play. Will Rogers was stellar in performing the mentally disable Billy; I specially loved the part when he started to choke and convulse when he learned that Alice would be leaving him. All in all, the play was electrifying, and reminds everyone that freedom is so easily taken away from us that it should not be taken for granted at the present. 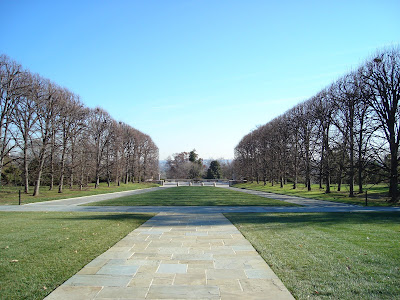