Book Review: The Natural Disorder of Things by Andrea Canobbio 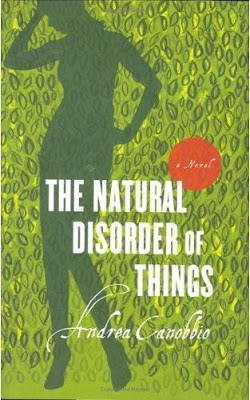 Take a man nearing his middle age, single, lives alone on a farmhouse, and follows random people through the night. That is the hero of this book. Claudio Fratta is a garden designer, more like a landscape architect perhaps, and he has his own business. He has no family of his own, so his nights are spent by following random people and tailing them on his car.

Enter a beautiful woman by the name of Elisabetta Renal. As Claudio was sitting in his car, watching a man walk on the parking lot of a supermarket, Claudio sees a van hit the man, and then another car drives by, and runs over the man lying down on the parking lot. The man dies instantly.

Claudio follows the car, but the car gets into an accident itself. Claudio pulls the driver out of the car and brings the driver to the nearest hospital. The driver is Elisabetta Renal.

Fast forward a few months, and Claudio is contacted for a garden designing job, by none other than Elisabetta Renal. They start to have an affair, and later on it is revealed that the man who got killed on that night a few months ago was related to Claudio's father's demise. The opportunity for revenge appeared.

As you can see, the storyline of this novel is a little complicated. The thing is, the book is easy to read; it is not a bore when one goes through the prose. However, the plot is rather long and drawn out. It is not until the end of the story that the plot moves, therefore in that sense, this book is in need of a little stimulation.

There are plenty of things that are left unanswered at the very beginning, and even when one is just ten pages away from the very end, things are still unanswered. For example, I was left in the dark as to why Claudio, the protagonist, follow different people around, for no apparent reason. And isn't it too much of a coincidence that the person he chose to follow, namely Conti, was somehow crucial to his past? It seemed to be too good to be true, that the stars simply aligned that night, and he became a witness to a very crucial event in the story, namely, the killing of Conti. I think this book wants to be an airport novel and literature at the same time, but it just doesn't make the cut. 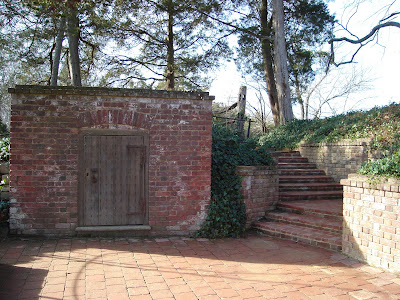 (Old Grave and Staircase, from my Mount Vernon Series)