So the semester began again, today. Although I didn't have a class today, I decided to come still and work. I then scheduled meetings with professors, and later in the week, I will schedule my lab hours for the current semester.

Coming in to campus earlier this morning was a bizarre experience. The week before, there were nobody in campus, and it was so easy to get a parking spot that was close to the buildings. However, today, it was different. Arriving on campus at 9:30 AM meant that we had to park several buildings away.

Yesterday concluded my short vacations. A couple of weeks ago, I went to New York City and visited my sister. Then, this past weekend, together with a friend, I went down to Pennsylvania. We stayed at a friend's house in Reading, and we drove back and forth to Philadelphia, Bucks County, and Lancaster County. We visited certain historical sites in the city, and we also visited a couple of castles in Bucks County. Finally, we also hunted for covered bridges in Lancaster County while dodging horse and buggies by the Amish, also known as the plain folk. Of course, pictures will be posted this time, but not today.

The drive from Lancaster to Buffalo was rather eerie. There isn't a direct Interstate route from Lancaster to Buffalo. If we wanted an Interstate highway, we have to backtrack east to take I-81, then at Binghamton, take I-86 which would then lead to I-390 then to I-90. Or, we could simply take I-81 all the way to Syracuse and then switch to I-90 to Buffalo. However, if one looks at a map, these are all indirect routes involving backtracking either northward or eastward. The reason for this is the mountain ranges that lie between New York and Pennsylvania.

But, the weather was not bad, so we decided to take smaller roads and cut through the mountains. So from Lancaster, we drove to Harrisburg, which is the Pennsylavanian capital. Then, we took US Route 15. This is a highway, but not an Interstate highway. Therefore, there are parts that are not limited access. Some parts act as main streets of small towns, and some parts seem like mountain roads, with only one lane for each direction.

It wasn't snowing at all, but there was snow everywhere. The roads were plowed, but still there were piles. Add to that, the radio was acting weird, since the reception was bad, due to the mountainous location. And the moon appeared in its full glory, appearing larger than usual.

It felt like a night that werewolves would appear.

Anyway, after about 6 hours of driving, we got back to Buffalo safe and sound. I plopped in bed, slept, and this morning, woke up to get ready to go to school. 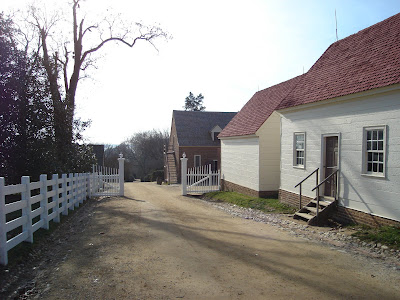