What follows is not a scientific exposition. What follows instead is a subjective rant of a person who simply happens to have a background in academia.

So, I was reading this one article the other day. It wasn't a trivial article, it was an article that was published in an academic journal. The journal was something that I constantly kept an eye on, given the fact that it publishes things that I am usually interested in. It is also peer-reviewed, which means that in order to be published, one's manuscripts will be critically scrutinized first by anonymous reviewers.

So I was reading an article, and I never got past the introduction, since the introduction was rather interesting, in the interesting sense of the word. The thing is, in mainstream Linguistics, there is a big split between the Chomskyans and the non-Chomskyans. This is basically a syntax issue: there are people who believe that humans represent sentences with the use of movement (like Chomsky), and there are people who believe that movement is not a real construct in the head. I happen to be non-Chomskyan.

So, back in the 1970s, psycholinguists got so interested in this new theory of syntax, so they went into their lab and tested this. Now, the results weren't too promising. The psycholinguists didn't find what the linguists were positing. So experiments have been conducted to prove and disprove the existence of movement, among other things. Now, out comes the biggest claim, and one that I think is detrimental to the field. Chomsky claims the difference between competence and performance. Competence refers to one's knowledge of one's language, and performance refers to one's actual use of the language. Thus, these theoretical constructs can exist, but in competence. It does not always mean that it reflects in one's performance, as the linguists claim.

Now that is something that I find it hard to swallow. That basically renders the linguists unfalsifiable. That basic tenet of falsifiability, that I think is very important. No wonder I started moving into the camp of the psycholinguists. Because I think that just simply sitting in an armchair positing all these constructs will be useless if they have no psychological reality.

I personally do not believe in a division of labor between competence and performance. There may be a good reason to posit the distinction between these two ideas, but I do not see why plenty of theoretical linguists are so hung up at just studying linguistic competence, as if there is always this ideal speaker or ideal listener of the language.

Language is meant to be used. Language is used by everyone in many different situations, and these situations exhibit language use that may be very very different from what the ideal form of language is. I find it interesting that some scholars decide to study language in a bubble, in a vacuum, protected from the elements of society and other factors, without taking into consideration what exactly is the reality of things. 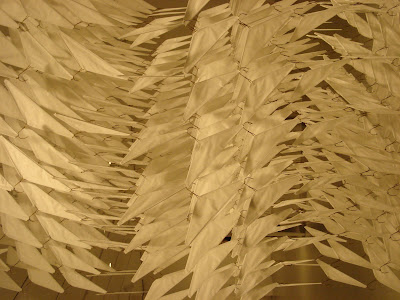