Last Friday, a friend of mine and I went to see a faculty recital in the Department of Music. I especially was looking forward to this performance due to the fact that it is a solo percussion recital. I have been to orchestral performances, solo piano recitals, string quartets, and other types of recitals, but not a percussion recital. So I was excited. And when I saw the program, I was excited even more, due to the fact that the composers' names were not familiar at all, at least for me.

So a couple of pieces by Philippe Hurel were played, and also two solo percussion pieces by Iannis Xenakis. Finally, there were three short pieces each lasting not more than a minute long, by Rene Leibowitz.

I was sitting at the edge of my seat for the whole time. It was simply captivating. Tom Kolor appeared on stage, and unlike other faculty recitals, where the faculty performer went along explaining to the audience what each of the pieces were, and what the historical setting was, and all that explanations, Tom Kolor simply performed. He walked into the stage, and he didn't say a word. He let his mallets talk instead.

Beginning with Hurel's Loops IV, I was instantly captivated by the virtuosic marimba piece. It is modern music, composed in 2005, and yet there are elements of traditional harmony in there. It was fun watching Tom Kolor's hands and arms flying across the marimba. Leibowitz's Trois Caprices was next, which was played on the vibraphone. It was fascinating, but I wasn't too impressed, maybe because each piece was too short, and it ended just when I was about to settle into it.

Then there was Iannis Xenakis, with his composition Rebonds. This is played on a percussion set, and it is definitely a study in rhythm. It calls to mind my father's description of rock music, that is, pots and pans banging aimlessly. But this was more than that. It was not noise, but music brought to a whole new level.

After the intermission, another Hurel piece came along, Loops II, played on the vibraphone. I like this one too, although I should say, I am partial to the marimba's timbre, so I preferred the earlier one to this one. Finally, Tom Kolor ended the concert with another Xenakis piece, Psappha, written back in 1975. This was another percussion set piece, where the rhythms of many different types of drums just filled the room.

In short, it was a very eye-opening concert. I am sure it is not for everyone, but those who understand this type of music are fortunate that there are virtuoso artists around that are capable of interpreting it well. 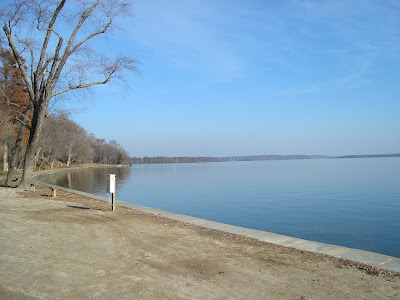