Yesterday ended the semester's fourth week. I always wonder how fast time flies, and considering that we are just one week shy of the semester being one-third over, one gets the feeling that indeed, time moves really fast.

Anyway, so far, I have accomplished quite a few things. By yesterday, I was able to somehow ground an idea and distill it into a possible dissertation topic. Right now, my goal is to be a hunter-gatherer of previous work and see and review them so I won't be duplicating them. The good thing about this one is that when I plugged in the relevant keywords in a major database of articles, only 63 hits came up. That means that there is work to be done.

My project that I am working with a professor is also progressing: I have finished devising the stimuli for our experiment, and right now, I am doing the paperwork so that we could actually run the experiment. I need to make sure that our protocol is approved by the university research committee, so that there would be an assurance that we would not harm our participants.

My two classes in which I am taking are also progressing well: I am about two-to-three weeks ahead with regard to the readings, so that means I still have good time management, and I am not getting behind. It also gives me time to re-read some of the articles that I do not fully grasp yet, such as the debate in spoken word recognition between the dual-route cascading models and the parallel distributed processing models. My goal is to be able to understand these different models of language processing so that they would be ready by my fingertips.

Yesterday, two of my friends had a dry-run for their talks for the upcoming conference that I am also a part of. That turned out well. After the dry-run, we all went to our favorite Thai restaurant, and after that, my friend and I saw this play downtown. It is entitled On The Way to Heaven, and it is about a naive and vulnerable housewife who is seduced by her pastor, and the drama that ensues from that situation. It was a very interesting and thought-provoking play that tackles issues about ministers and so-called men of God, and how sometimes a conflict of interest arises in the situation between the shepherd and the flock.

Anyway, that was my fourth week, so far. I am now back at work, since there are still plenty of things that are on my plate, and I will be knocking them one by one. 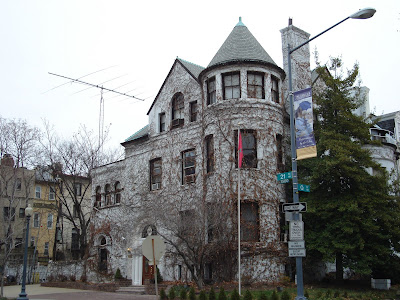