So I suppose every event has an end, and sometimes, the end seems to be so abrupt that there are times in which it seems that the brief period in which one was out of town seemed to be a mirage, and one doubts as to whether one actually has been out of town.

But anyway, I am back in Buffalo, safe and sound.

We left Berkeley after the last talk of the conference. It was raining for the whole weekend that we were there, and yesterday was pretty much the same. However, during the afternoon, the sun made its appearance, so I decided to skip the last parallel session (given the fact that I am not interested in either sociolinguistics or phonetics anyway) and did a walking tour of the very picturesque campus. Before leaving, I printed a Berkeley walking tour guide of the campus, and I basically followed that.

I started from the West Entrance, and for the next two hours, I made my way all around the campus. It was beautiful, and it reminded me of the campus of the University of the Philippines at Diliman. There were plenty of trees, and the buildings were little oases around the different mini-forests in the campus. There were plenty of buildings that were rather bizarre or peculiar. And one thing I noticed too was that there were several parking spots designated for Nobel Laureates. Wow. This is one heavy-duty university. I liked the campus layout. Unlike my current campus here in Buffalo, the buildings are single-unit structures, not linked altogether by overpasses or tunnels. But then, they don't get the cold winter weather that we get here in Buffalo, so why do that type of architecture?

Anyway, after the walking tour, I went back to Dwinelle Hall to attend the last keynote speaker of the conference. And after that, we immediately proceeded to the airport.

My flight would be taking me to New York City, and then to Buffalo. Of course, as is always the case when flying eastward, I didn't look forward to it, since I need to sleep, but then the aircraft conditions usually do not permit me to do so. I still remember that sleepless flight of mine from Chicago to London en-route to Copenhagen last summer. I was wide awake the whole time.

Anyway, for this one, it was better than I expected. It was shorter than the flight going to San Francisco, but then we were helped with tailwinds, so that was one of the reasons. By the time we landed in John F. Kennedy International Airport, I had a few hours of sleep. I boosted my waking hours with a venti coffee.

So there, now I am back here. Tomorrow will be like every other Wednesday. I have work to do in my office, and I am back in the cycle again. 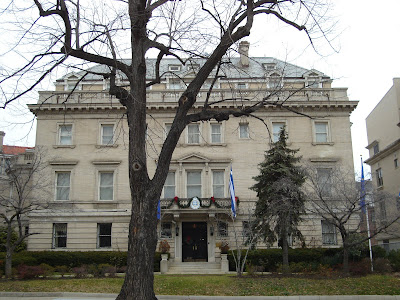