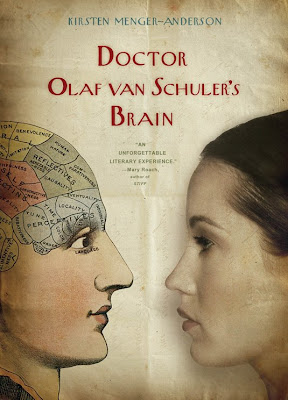 Sometimes, I read novels. Other times I read short stories. This time, I read a short story-format novel.

Well, Doctor Olaf van Schuler's Brain is a collection of short stories, but it centers on two themes: the family of Dr. van Schuler and his descendants who inhabited New York from 1664 to 2006; and brains. All of the short stories are about a person in a generation, and every generation seemed to have a doctor in them. And almost all of the doctors dealt with brains.

The first short story dealt with a Dutch doctor, Olaf van Schuler, who immigrated to North America because his curiosity with respect to human brains were making Europeans worried, to the point that he was chased away from his town. People thought he was insane, dangerous, and not a welcome part of society. So he immigrated, had a son, and the medicine practice went on and on. A few centuries later, he has a descendant who is a practicing phrenologist. Another later descendant specialized in lobotomies. And finally, in the last short story, one aging doctor is suffering from Creuzfeldt-Jakob disease, which is a brain degeneration disease.

I first liked the notion and design of the novel. However, I found myself flipping back to the genealogical chart and seeing how the characters relate to each other. I later realized that the design of the plot is flawed: the reader has to make enormous bridging inferences between stories, because all the short stories provide is a short glimpse, a small slice of the happenings in a given point in time. And somehow, I did not like that, perhaps due to the same reason why I hate sci-fi, and that is, I need to do enormous mental acrobatics with respect to imagining things.

Anyway, the book is still a good piece of entertainment, but I do not see it as profound reading. 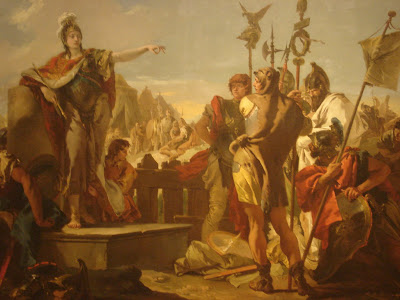 (Queen Zenobia, from my National Gallery of Art Series)