Book Review: My Life in Heavy Metal by Steve Almond 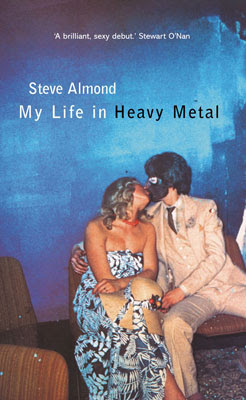 There is a line between literature and pornography. A book can be a fine piece of literature while still involving sexual scenes. However, if there is too much sex, then slowly, but surely, the book turns from literature into pornography.

This book is a collection of short stories about man-woman relationships. Granted, some of the stories were amusing, poignant, and funny at times. There are stories about couples belonging to different political parties, couples transcending language and citizenship, among others. Relationships can be colorful, and yes, chances are there is sex involved, but if every story has sex, let alone, vivid sex, then I don't like it.

When I started the book, I first liked the first story. Then I read the second and third stories, and then I saw a pattern. Man meets woman, their relationship develops, and there is a vivid description of sex. I felt that the vivid descriptions of female multiple orgasms were over-shadowing the plot as a whole. After reading a very descriptive paragraph of gushing bodily fluids, I forget what the story is about. I know that this book is about man-woman relationships, but I really think that the sex in this book was too pervasive.

Like I said earlier, if there is a line between literature and pornography, this obviously belongs to the latter. 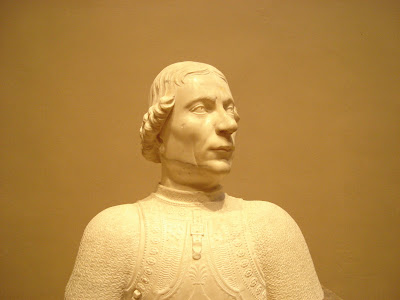 (Marble Man, from my National Gallery of Art Series)