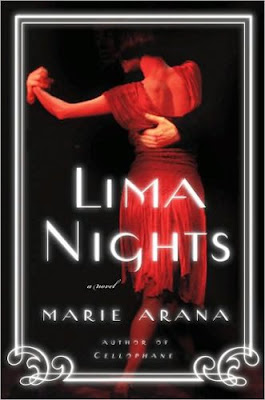 After finishing a not-so-enjoyable book, I picked this one up. I figured that since the last book I read was set in Russia, where all the scenery was cold, I decided to read this one, which was set in Lima.

So this book starts fast, and moves fast. Fast enough that I was able to finish it within three days. It tells the story of a 44-year-old man, Carlos Bluhm, a Peruvian of German descent, and his love affair with a 15-year-old chola, Juana Maria Fernandez. He meets her in a tango bar, and develops an affair with her. It puts a strain on Carlos' family, up to the point that her wife and children leave him.

Twenty years later, Carlos' wife is already dead, and his two sons are already grown-up and have a family of their own. Carlos is already in his sixties, and Maria is still not married to Carlos. Maria is desperate to get married, because she knew that she has no legal hold to Carlos, and also coupled with the fact that Maria is originally from the slums of Lima. She tries all things, including witchcraft, to make Carlos stay with her, but to no avail.

I suppose I won't put the ending here, because I don't want to break the suspense if people decide to read it. However, the thing I liked about this novel is the very vivid description of the city. I haven't been to Lima: my only knowledge of Lima stems from the fact that I planned on spending a day there when I visited Cuzco, but opted not to, since I was already tired, and so I just waited it out in the airport in Callao. However, from what I recall from studying the maps, the portrayal of the city was very accurate, including the good and bad neighborhoods.

I also like the way the two characters were developed, together with the supporting characters that go in and out of their lives. The demise of Carlos, from a very rational man, taking irrational life choices, and the ambitions of Maria, seeing that the only weapon she has is her sex, and how she tries to go up the social ladder.

However, the biggest thing that I liked about this book is the way it portrayed a relationship: as I was reading it, I felt like I was placed inside the head of these two people, as I was able to read their thought patterns and see how they act. For me, Carlos and Maria are the two most irrational characters in fiction, acting impulsively, consulting witchcraft and sorcery, not weighing the consequences of their actions. Their personalities were very opposite of mine. I found it fascinating to be put inside their heads and to vicariously experience how an irrational human being deals with things. 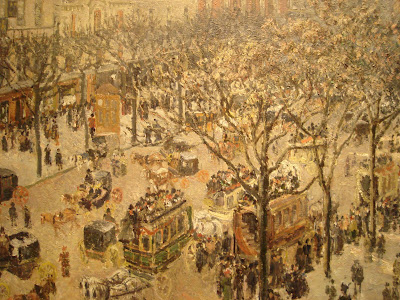 (Street Scene, from my National Gallery of Art Series)