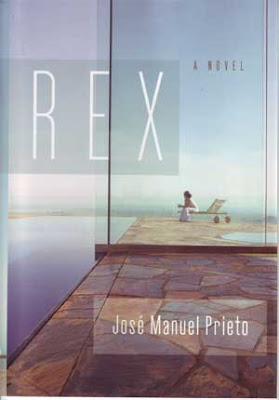 Reading this was both a beautiful and painful experience.

Let me try to write up the synopsis first. This is about the story of a certain young man, who is so obsessed with Marcel Proust, who gets hired as a tutor for a boy. This boy happens to be from a family of Russian expatriates, who were living in the southern coast of Spain. As the novel progresses, the young man learns that the boys parents are swindlers: they manufacture fake synthetic diamonds and they happened to be on the run from the Russian mafia.

That was the basic scenario. I won't tell you what happened in the end, because I think that would be destroying the whole point of reading this. Now, what I found beautiful with this novel is that it is narrated as a monologue given by the tutor, to the boy, Petya. It's as if the reader is part of the tutelage, with the tutor giving his sermons to the boy and the reader. Dialogue is kept to a minimum, usually constrained just within the tutor's narration of events.

Now what I think is painful for this novel is the fact that the common assumptions of logic and reason seem to be violated. Near the end, it seems that the boy's mother is transformed into a bird. What is real and what is imagined by the tutor is kept blurry, so it results in a mixture of a fantastic world, similar to the magical realism that other Latin American authors are known for. It must be pointed out however, that the author himself tried to distance this book from those novels, saying that he preferred categorizing this work as a magico-scientific realism, and that all the descriptions about diamond-making are real, and that magic elements are kept at a minimum. However, the effect still stands, in that the reader cannot take everything at face value, since all bets are off when it comes to the laws of physics.

In the end, I found this a very intriguing novel. I believe this is one piece of modern literature, and people who are specialists of literature would gladly see the connections between other famous works (the author liberally quotes from other famous literary pieces, indicated in the text as boldface). However, it may be the case that I am a simple plebeian reader, that I was not willing to invest more than a cursory amount of attention, that I found this novel too dense and deep for my enjoyment. I think this is a work of a genius, but I cannot appreciate it as much as I wanted to. 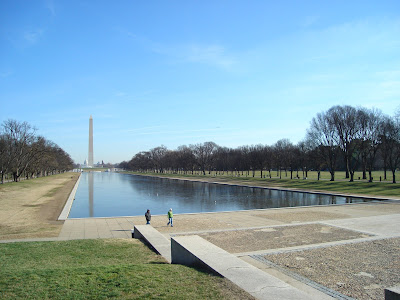 (The View to the Obelisk, from my DC Memorials Series)