So, I found this article on the meeting of Benedict XVI and President Barack Obama. And what I found interesting was that what occurred between the two men was rather bizarre.

There was Benedict XVI, pushing forward his agenda, and two of those came up grabbing people's attention: stem-cell research and abortion.

And somehow, I find it hard to process: I find it cognitively dissonant, that this topic would be brought up, if President Obama was simply dealing with the head of the state of another sovereign country, that of the Vatican City. Could you imagine Russian President Dmitry Medvedev, telling the other country's president, "Oh Mr. President, we wish that you stop funding scientific research of stem-cells in your country. Can you also stop terminating embryos and foetuses as well and just let all babies live?" That would be absurd.

So what is religion doing in politics? Is this a repeat of 1633? It is bizarre that the Church are so worried of their follower's faith, that they try to impose an outright ban on deviating ideas, such as heliocentrism in Galileo's age, and stem-cell research in the modern age. Does the Church think that when people are exposed to these ideas, they would renounce their faith? If religious faith really is true, integral, important, and essential for one's existence, then it will stand to the test. Let the people choose for themselves, and let them think for themselves. I find it extremely arrogant that some religious entities can go ahead and prescribe what they think is the common good. I find it disappointing that the Catholic Church took more than 300 hundred years to admit that their decision with the Galileo Affair was wrong. And I find it disturbing that some elements of religion are still trying to repeat something that was clearly a mistake. 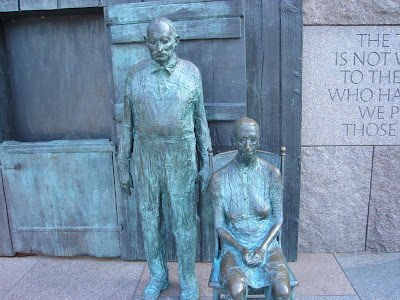 (Face the Metal Couple, from my DC Memorials Series)