If Someone Paid for Me to Dance...

...I would totally do it, with one condition, that it would be done around the world.

See, I usually hate dancing. I do not understand how people bend their joints and limbs like that. I do not get pleasure from it. But, here's one video that a friend of mine showed me in YouTube, and if dancing just involved that, I would totally do it.

I would love to be this guy. He just shakes his arms and elbows like that, and he does it in various places in the world! That is so cool! And guess what? He didn't just do it once, he did it twice!

See what procrastination does to you? It is educational and inspiring at the same time! 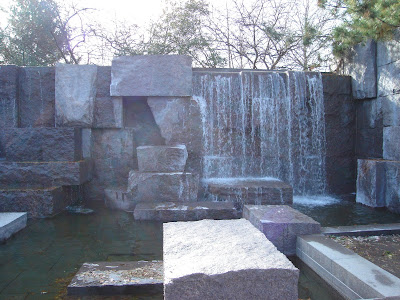 (Waterfalls and Boulders, from my DC Memorials Series)