Welcome to my Itchy Feet post for the summer of 2009! For the previous three years, I have posted an entry in the summer of places that I wanted to go to in the future. These perhaps are the product of procrastination, when I let my mind wander away from my computer screen and think of the places around the world that I would dream of seeing.

In 2007, I wrote this entry, and I happen to have visited Mammoth Caves in Kentucky this past Spring Break. Woohoo!

And last year, I wrote about six overland trips that I would want to do in the future in this entry. So far, I haven't fulfilled any of those yet.

This is one trek that I would want to do sometime. The Annapurna Circuit is actually a well-marked mountain trail, skirting around the Annapurna Peaks in the Nepali Himalayas. The trek takes about 17-19 days, and one simply walks, stopping in tea houses along the way for the night. The lodges might be simple, but the views are breath-taking, literally. One can fly to Kathmandu, take the numerous modes of interesting transportation to Pokhara where one can set base for acclimatization and stack up on things, and then start the trek. This is a circular path so one ends in Pokhara, where one can head back to Kathmandu and sight-see, or better yet, see the other holy sites scattered all over Nepal going back. One month is an ideal time frame for this trip. Here's a picture found in the web describing the immensely breath-taking scenery. 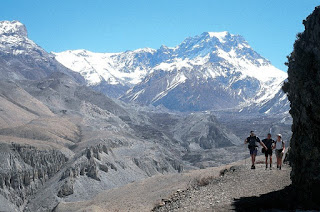 This is another trip that involves high altitudes (yes, I wonder myself why I prefer the high altitudes to the beaches). One can land in La Paz and explore the city, then head over to Lake Titicaca and visit the floating reed islands. Other places to visit include the cities of Cochabamba, Sucre, and Santa Cruz, and of course, one should not leave without seeing the salt flats in Uyuni, which is shown by the following photo. The idea is to fully see the Bolivian countryside in a full circle, and then head back to either La Paz or Santa Cruz for the flight home. Or better yet, cross into the Chilean desert and bus it all the way south to Santiago. 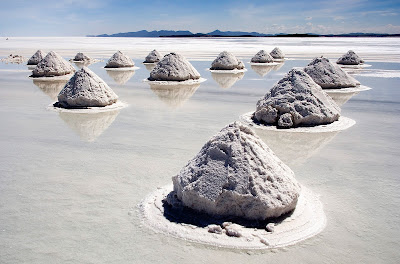 This also involves overland travel, but not so much of the high altitudes. What is common here though is the desert and ancient Roman ruins. The idea is to fly to Marrakesh first, which is the westernmost ancient city in Morocco. Spend a few nights here, touring the place, then one moves heading east. Stop in Casablanca to visit the largest mosque in the planet. Then head over to Rabat to see another imperial city. Fez should be next, visiting the tannery (shown below) and the medina. The final stop can be Tangier, with a day trip to Tetouan in order to see the ancient Roman ruins. Air connections can be done via Spain or France: Iberia flies to both Marrakesh and Tangier regularly. Or one can take the ferry across to the European mainland as well. 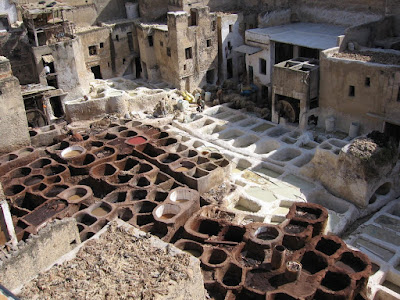 I suppose I will limit my trip ideas for this year to just three, since, there are still lots of other places that I have mentioned in the past years that I still haven't visited, and I would not want to repeat myself (I am actually repeating myself with the Moroccan idea). So yeah, my feet still are itchy, and especially when one has a dissertation to work on, things can get bad. Oh well, here's to another year of virtual traveling! 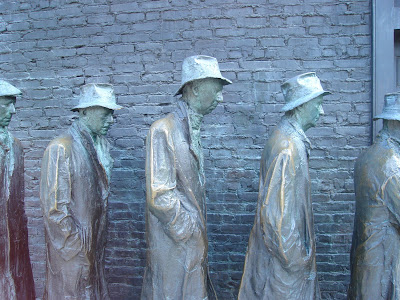 (Metal Queue from the Side, from my DC Memorials Series)