You may have noticed that the title changed. Yes, this blog has been here for four straight years, and is now entering its fifth year of continual publishing.

Plenty of things have happened for the past four years. This blog started just as a repository of thoughts of mine, especially when I was about to embark on another page in life, such as entering graduate school. You know, the excitement of being by myself for the first time, for real this time, instead of just pretend, and the fact that I am actually doing things of my own accord now instead of just because it was the expected move for my part.

So, what is in store for the fifth year? I honestly do not know. In the past, the future has always been settled. When one finishes first grade, there is second grade, then third grade, then so on. After elementary school is middle school, then high school. And after high school, there's college. After college, there's graduate school. It seemed that everything until now has been planned, or at least, there is a selected course. A stereotypical next step.

The future is open, I suppose. There isn't any other logical next step after graduate school. Yes, there's employment, but that is still a huge swath of the unknown. After I get my degree (which I envision in the next two years), I could either go and hunt for a job in academia and get employed in a university. Or I can get employed in the industry (say a research institute). Or I can totally do something different instead, like travel the world and write for Lonely Planet or National Geographic. The possibilities are endless. And because of that, sometimes I feel scared, since there isn't a logical next step.

But heck, that I suppose is also the beauty of it. People simply want to be certain of the future, in fact, plenty of people consult fortune tellers and psychics just in order to have a fake glimpse of the future. But hey, being undefined and unpredictable is definitional for the future.

So yeah. Welcome to the fifth year. Sit back and read what happens next. 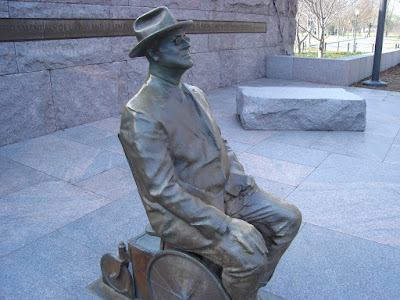 (Other Side, from my DC Memorials Series)