As a nice nature-tripping beginning to the semester, my good friend and I went to the Niagara Gorge for a morning hike. We woke up early in the morning, and by early, that means around 6:30 AM, and an hour later, after eating breakfast at home, we headed to Niagara County.

The drive was uneventful, and crossing over to Grand Island was nothing to write home about as well. However, when we turned into Robert Moses Parkway, we saw the mist coming out of Niagara Falls, and it was weird because it somehow floated upwards, and formed clouds. That was a weird thing.

Anyway, we headed to Whirlpool State Park, and we hiked two trails, an easy trail, and a difficult trail. That was interesting. The view was nice, but the hike was somehow difficult at times. There were large boulders that we had to climb over, and sometimes, the trail was slippery and it was right at the edge of the gorge, so it was no laughing matter. If one slipped, then one goes straight down to the gorge, and into the Niagara River.

But yeah, the water was green, and the boulders were large. The only two signs of civilization in there was a Canadian flag that was flying across the Niagara River, and the wires that carried the gondola that crossed the river and effectively the border from the United States and Canada.

That was a good morning. 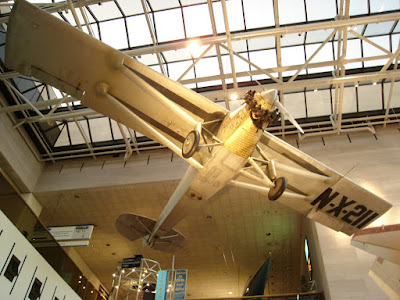