This is again one of those let's-collect-all-the-random-things-and-make-one-big-post-for-it post. Many little things, no collective topic except that everything has something to do with me.

Anyway, it seems that this year won't be like the last years. Yes, there's more people in the house, but the house is cleaner than ever. Believe it or not, I sometimes feel that I am the messy one in this trio. I am now living with two guys from India, both of them graduate students in one way or another, both having medical degrees (so now I feel safe a bit, having two MDs in the house). And somehow, being in the house is enjoyable this time around. The fridge has more food (not that I mooch on theirs), the kitchen has more activity, and for once, I don't really care if they use my toothpaste or toilet paper, since they've been letting me use other stuff of their own to the point that I don't feel compelled to nickel-and-dime them on every thing in the house.

The kitchen sees the most activity in the evening, when both of them cook. It is interesting watching them cook, and I learn a lot about Indian cooking due to the process. Each of us has our own stash of spices now, although mine is minuscule compared to them. I seem to be the earliest to wake up, and the earliest to go to bed. And so far, each of us has our own different time schedules that we aren't all cramming into the bathroom in the morning. That is a good thing.

What else is there? Oh, this summer. This summer has been the most bizarre summer I have experienced here so far. Although I have to preface that with the fact that for the past summers, I haven't been here in Buffalo for the whole length of summer to actually be a good authority on it. This is actually the first summer in which I am here for the whole length of it (well, technically that is not true: I have this impending trip to the Pacific Northwest in two weeks).

Anyway, so the reason why this is bizarre is that it's been raining and cloudy the whole time. It's like it's spring or autumn, or something in between. And the bad thing is that it is hot, so the moisture makes the air quite humid and sticky. I hate it.

Oh, speaking of my upcoming trip, I am heading to Seattle and Portland, for a week-long break from work. I don't know if I mentioned the details of this trip, but it will be a half-week in Seattle, then I will take the Amtrak to Portland and do a half-week there. Further details will follow for those who are interested and curious.

I cannot believe that it is already August, and that classes start at the very end of this month. Not that I still have courses to take, I just have one class to attend, and I do not need to do much work in that class either: I am only taking it for one credit. It meets just once a week every Fridays. That means I don't have to come to school as early for the other days. That also means that I can continue on my exercise routine for most days of the week.

Ah, speaking of my exercise routine, I am basically doing a 5K run/jog/walk every other day, with the intent of making it regular and daily. And guess what, I once weighed myself on the bathroom scale, and it seems that I have already dropped 6 pounds from when I started. I think that it is a good thing, although I need new ideas of a workout, because otherwise, I would just plateau and nothing else would happen. Not that I would want to be ripped (well yeah, that's a pipe dream, but it is not too ranked high up in the constraints list), but at least I want to be physically fit to do the Annapurna Hike in the Nepali Himalayas. I suppose I value trekking the Himalayas more than increasing my erotic capital.

I am house-sitting a friend's house. I don't really sleep there, but I visit it every now and then, taking care of the mail, the paper, and watering the indoor plant, although the single indoor plant that I am supposed to take care of looks dead as of this morning. It's a potted rose plant, but there's cobwebs growing on the stems already, and the leaves and the flowers look all dried up. Oops.

What else is there? I guess that would be it for today. There, let me end this post. 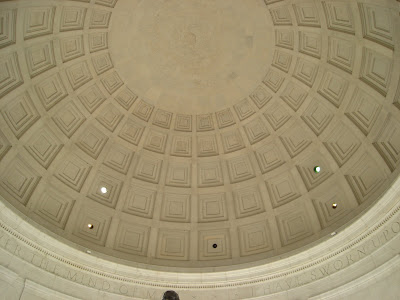