Yesterday evening, I went to attend a lecture given by Kofi Annan. Yeah, the university seems to be good at inviting high-profile names in order for them to give a lecture to the university and to the large Buffalo community as a whole. Three years ago, they invited the Dalai Lama, and the big UB Stadium which seats 29,000 people was filled, plus they also televised the event to be broadcast to the Alumni Arena and the Center for the Arts auditoriums next door as well. So yeah, the university has a history of inviting prominent people. Just so you know, Tony Blair is coming to town in October, and I would like to get a chance to attend that too.

Anyway, so yesterday was Kofi Annan's turn to talk. He talked about the lessons he learned while being the Secretary-General of the United Nations, and other political things like that. He was a rather candid and warm person, judging from the way he spoke. If one is a firm believer of the UN, then I suppose one could say that his talk was inspirational, although he wasn't hesitant to admit its flaws, like for example, the case of Rwanda.

Anyway, due to the fact that politics isn't really my cup of tea, I can't say more about the content. Instead, my mind was analyzing the way he spoke. It seems that politicians have this genre of talking. They talk really slow. They talk as if it takes them a full minute to fully pronounce the whole sentence, regardless if it is a short or a long one. I noticed this in the speeches of the Philippine President Gloria Arroyo as well.

Anyway, I still was glad that I went. There were plenty of famous people that visited the campus during the four years that I have been here, but this is actually the first time that I went to listen to what they had to say. No, even the Dalai Lama didn't urge me to go, even though the whole university halted its activities for that day. Classes were canceled, traffic was stopped, even Philip Glass came and performed for the Dalai Lama. But I didn't go. I wonder why I changed my mind with Kofi Annan. 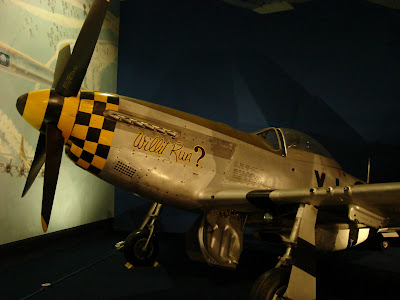 (Will It Run?, from my Air and Space Museum Series)