This past weekend, the Philippines, especially Metro Manila, was pummeled with record rainfall from a tropical storm. There were dead everywhere, and thousands were displaced, with flood waters rising to heights that were never ever recorded, toppling record rainfall since 1967. News coverage can be found here and here, saying that this tropical storm has dumped more rain than Katrina did in New Orleans.

Upon hearing the news, I stayed online as much as I can, and whenever I have friends who would get online, I would ask them how they are. So far, everyone I know are safe, although I have some friends whose houses were damaged, and cars who got floated by the torrents.

So, one thing that I realized when conversing with my friends is the presence or absence of hope with respect to survival and rising up. In Facebook, many of my friends were "praying" for the immediate recovery and reconstruction of the damage that was done by this storm. I on the other hand cannot bring myself to tell my friends who got stranded by this storm that I am going to "pray" for their well-being, because I do not believe in prayer. After all, who am I supposed to pray to, if I do not believe in the existence of God?

Then I recalled a conversation I had with my sister a year ago. Last year, I had a spiritual breakdown, in which a brain dissection I had in class triggered a whole slew of dilemmas to the point that I rejected religion and God altogether. My sister told me that my decision to reject religion will mean that I will give up hope, that I would let go of the hope that there is something else more beautiful and better than the present condition. I told her that I am fine with that.

Now with respect to the current condition, of the condition that Filipinos are suffering from the damage done by this tropical storm, I realized that religion has a emotional function. It gives people hope, a hope that there will be a better tomorrow, that even if today sucks badly, and that even if it seems that today is the worst day that one can have, tomorrow can be better, and that people who are around can even pray for the welfare of the sufferers, and that will do the trick.

But does that really happen? Is there really hope? Or is it just a mental trick that we are doing to ourselves? Is it the case that we are just fooling ourselves to alleviate the suffering? Does prayer really speed the recovery, or does it simply paint an illusion of hope? Does the rescue operations really get faster if people pray?

I suppose my answer to these questions is obvious by now. Yes, I felt bad that I cannot do what everyone else is doing, that I cannot tell my friends who were wading in the floodwaters, or were stuck in their office buildings, that I will pray for them. No, I couldn't bring myself to say that. All I can do is hope that recovery will be swift. That is simply a desire for an optimal situation, but I won't invoke the supernatural to aid in this. Id' rather face what is real and deal with it.

Yes, I lost my hope, at least for the artificial kind. The game of life involves many tricks and loops, plus the factor of chaos. Why would I fool or trick myself that there is something better after my designated lifespan? If it is time for me to die, then so be it. If I die by a plane crash, a knife stabbing, by flood waters, or by any other means, then so be it. Why do I need a false glimmer of hope, when the state of the matter is that it is simply game over? 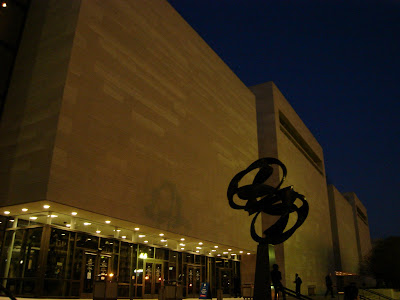