While I was in the lab yesterday, conducting experiments on undergrads needing to fulfill an experiment requirement, I got an email from the department secretary, telling me that I had a package waiting for me.

I know what it was, and I was happy. So when I got back to my office, I saw it lying on my desk, and I immediately opened it. I smelled it as I was flipping the pages, and it smelled good. The ink, the paper, everything. I suppose that's my ritual whenever I get a book, regardless if it is new or old. But yeah, I smelled it.

So what book is this? Well, this is none other than the ninth Lonely Planet book that I own. Yay! I have been collecting all of my Lonely Planet guidebooks ever since I started buying them. It provides me daydreaming fodder whenever I needed to daydream. It takes me back to the sights and smells and sounds that I have previously experienced, while on the road. It can bring me back to the Ecuadorian public market, the Peruvian Inca ruins, the most awesome fried oysters I had in Washington DC, the herring buffet in Copenhagen, among others.

So far, in purchase order, I have the guidebooks for Ecuador and the Galapagos Islands; New York City; Washington DC; Peru; Denmark; Hungary; Toronto; and Washington, Oregon, and the Pacific Northwest. Eight so far, until yesterday. So I welcome my ninth, the newest edition of Boston City Guide, into the bunch. I read through it yesterday, and I think I now have an idea of how the city is laid out.

So, anybody wanna go and see a 1700s warship? How about visiting the Stata Center in MIT? 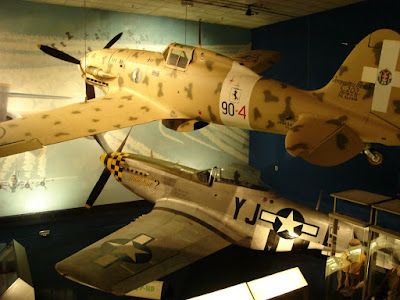 (Two Airplanes, from my Air and Space Museum Series)