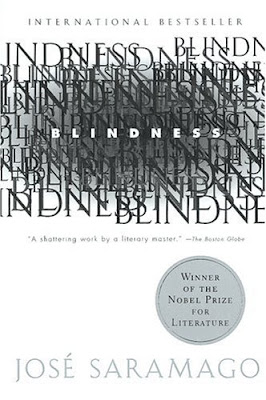 Wow. Wow. For the third time, wow. I did not imagine that this novel would be a very powerful read. I discovered Saramago last year, when I read The Cave, and earlier this year, I read his newest translated novel, Death with Interruptions. And this time, I decided that I would pick up a third novel from this Nobel Prize winner, and I settled on Blindness.

Let me begin by describing the plot first. A country’s population suddenly becomes infected with an epidemic of white blindness. This is opposite to regular blindness, where the blind person sees instead of pitch black, an expanse of milky sea. Everything the blind person can see is white, and not only that, it is contagious.

Saramago begins by narrating how several people become blind: the first man to be blind became blind while driving a car, and while waiting for the light to turn green, he becomes blind in his car; a thief helps him to get home and steals his car, only to become blind later on; a hooker becomes blind while having sex with a man in a hotel; an opthalmologist becomes blind after diagnosing another person afflicted with white blindness; and so on. All in all, a group of people are interred in an abandoned mental asylum, initiated by the government who intended to prevent the infection of the whole population. Thus, within this confined space, human morality disappears. The saying homo homini lupus becomes true in every respect. Everyone becomes blind, so even basic human functions halts to a stop. Bodily actions such as eating and defecating become very hard, and soon enough, the whole compound becomes an institution full of excreement, dead and decomposing people, and so on. Groups of blind people turn against other groups of blind people, hoarding the food supplies in exchange for payment, such as jewelries and valuables, sex from the women, and so on.

In the midst of this, one person leads a small group of people, namely, the opthalmologist’s wife, who, miraculously, was not afflicted by the white blindness. She pretends that she is blind, so she was taken to the mental asylum together with her husband. She guides her husband and the rest of the people to live as human as possible, given the conditions. Their ordeal is detailed in the first half of the book, until a fire erupts in the asylum, and the soldiers disappear. They escape, and then find the whole city destroyed, with blind people trying to adapt to the current situations. All in all, this novel is a very dystopian one, painting a horrific picture of how human nature disappears when one of the senses deprives the human race.

Saramago intended this to be an allegory, a parable of what might happen when the morality of people disappears, and the consequences that might happen because of that. As usual, Saramago is a very powerful read, requiring my whole brain to process it. It is a novel that made me think, elaborating the whole scene, allowing me to do inferences as to the situation. Written in the typical style that Saramago employs, the prose is written like a stream-of-consciousness style, with no regard for punctuation and standard rules of writing dialogue. Paragraphs can be pages and pages long, forcing me, the reader, to be engaged fully in the reading experience.

I have always liked the fact that Saramago takes a simple what if scenario and then develops the story from that question. In Death with Interruptions, he wrote a story of what would have happened if Death decided to take a vacation and actually gave people what they wanted: immortality. In this novel, he asked the question of what would happen if everyone suddenly became blind, with the exception of one person. I suppose what Saramago painted here is a very harrowing one, making me wonder whether I would really like to see what would actually happen if humans’ higher cognitive abilities were subtracted from the equation. It made me appreciate my cognitive abilities, the things that make me human, the traits that I have which separate me from lower-rank animals.

Overall, as usual with the other books of Saramago that I have read, this is one that I whole-heartedly recommend. I never was a big fan of dystopian movies, but with respect to literature, I embrace this genre. I have read 1984 by George Orwell years ago, and ever since, asking the what if question with respect to human nature is something that will never fail to make me think and reflect as to how I am human. 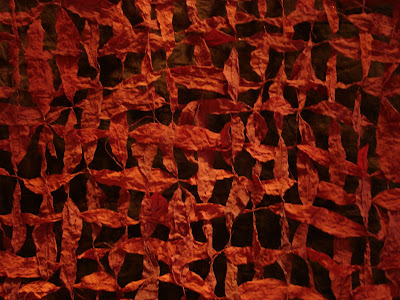