The Motorcycle Diaries: A Review

Somehow writing a review of a movie I have seen recently seems to be a growing trend here in this blog. If I write more, then I will probably have a page where it is all linked to. In the meantime, I will leave it as is.

Anyway, the previous time I reviewed a film was because I was disturbed by it. This time, I am reviewing this film because I was impressed by it.

So, this film is a biopic about the travel that Ernesto 'Che' Guevara has undertaken across South America, together with his friend Alberto Granado. They traveled from Argentina, then crossed over to Chile, went north to Peru and visited the San Pablo leper colony, and then on to Venezuela. As they travel, Guevara meets poor folk, indigenous Inca people, revolutionary miners, and Communists. These collection of experiences shaped his thinking to become one of the most admired revolutionaries of the world.

So, instead of narrating what the film depicted (one can simply go to Wikipedia and find that out), I would rather write about what I found interesting in the movie. As I said before, I normally would like a movie if the movie makes me think. This is one such case.

Case in point: the gradual change in Guevara, starting from an upper-middle class medical student, ending in a revolutionary. The movie does not explicitly tell us how he changed, but the viewer can infer the changes while Guevara interacts with the natives along his trip. His interactions with the poor farmers whose lands were taken away by the ruling class; his observations with the segregation in the leper colony, where the doctors live on the northern side and the lepers live on the southern side; his conversations with the miners that cannot get work because they are communist; and his admiration with the lost civilization of the Inca, as he visited Machu Picchu. In the way, the movie gave me entrance to Guevara's brain, and that was a highlight of this film.

I am not saying that I agree with Guevara's political stance and philosophy. But, I can totally see why Guevara would opt to choose Communism as his flavor of politics. Personally, I think that Communism won't work, that the ideal of every person getting equal benefits and treatment will definitely fail because of the human tendency to be selfish and curious. However, given the circumstances that Guevara was in, I can definitely see that Communism was the logical choice for him. The idealist mind in him believed that Communism was the solution to the problems of the people around him. The pragmatist in me disagrees, however.

Aside from the political angle of the film, I also liked the travel angle of it. After all, I once fell in love with South America, and wish to visit it again sometime. The vast expansive scenery was amazing, and to top it all, I recognized a few places that I have been to, such as the scenes in Cuzco and Machu Picchu, when they showed the cathedrals in Cuzco and the Inca ruins in the middle of the mountains.

Overall, this is a movie that has engaged my brain. I am glad I saw it. And I recommend seeing it. 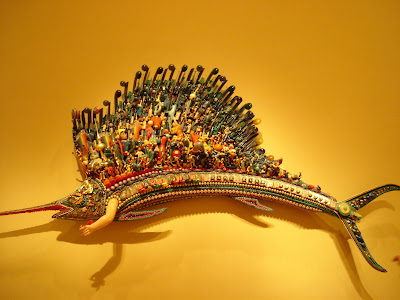