Three years ago, I had one of the weirdest weather-related surprises of my life. Back in 2006, the weather gave Buffalo and the rest of Western New York a surprise that hasn't been seen before, and that was the October Storm.

Upon looking at the blog posts that I did that time, I find that my reactions to the whole event turned from happy to disappointed. The storm began around the afternoon of Thursday, October 12. It was the first snow of the season. I even blogged about the event, and took pictures of it here, about how I was so excited that it was the first snow for the year. I took my camera out of my office cabinet and took some shots. I also had a Kuwaiti friend who was seeing snow for the first time.

But the snow didn't stop. And the snow was wet and heavy, and the trees still had leaves in it. Thus, this created a bad combination resulting in tree branches falling all over the place, and breaking power lines as a consequence. Two days later, I found myself camping in my office since my house had no power and heat, which I blogged here.

Finally, I got help from my Kuwaiti friend, by letting me crash in his place. I spent a total of five nights in different places: the first two nights without power and heat spent at a classmate's house in the same neighborhood, then one night camping in my office, and two nights in my Kuwaiti friend's place who was fortunate to not lose the power at all. Finally, after four days of no power, my house got power again, and I blogged about it here.

So yeah, good thing that today doesn't seem to be a repeat performance of what 2006 was. But that event was weird enough that we saw ourselves in CNN. 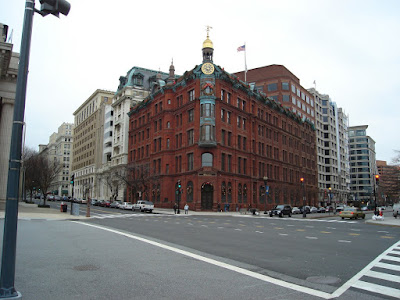